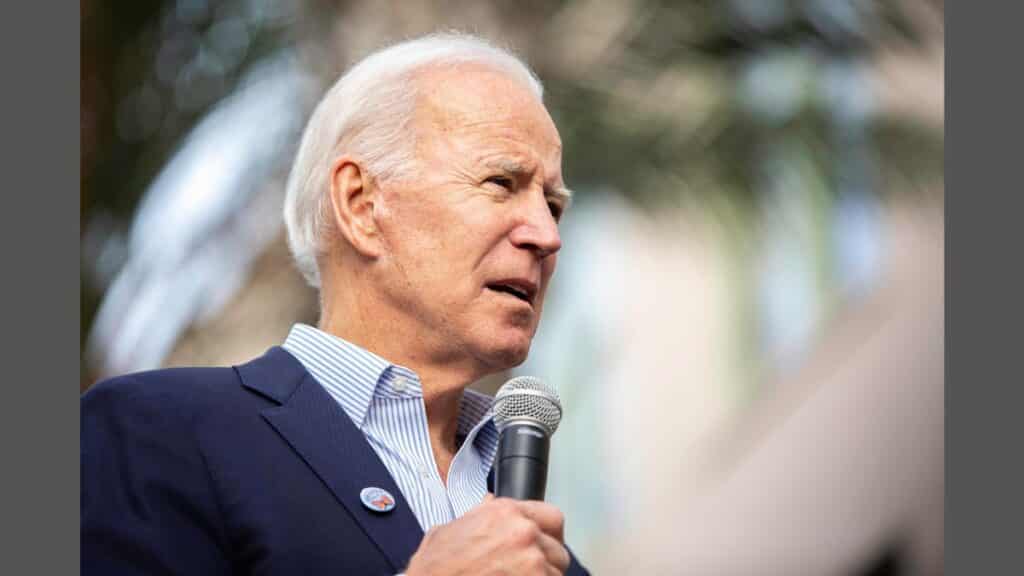 Joe Biden has landed himself in hot water again after claiming at a rally that Americans, in general, had no idea what a supply chain was until it became a popular term recently.

Not a Good Look

At a recent rally in Michigan, Biden asserted that the crowd, and by extension, Americans in general, had never heard the term “supply chain” until it became an economic problem that was covered by the media.

This isn't the first time the President has made these assertions. Last year, Biden was asked to lay out his plan for addressing the country's economic issues at a press conference. In an attempt to defend his administration, Biden did his best to make it seem like the issues going on in the economy were a lot more complicated than just “high inflation.”

He asked a reporter at the conference, “If we were all going out and having lunch together, and I said, ‘Let’s ask whoever's in the next table, no matter what restaurant we’re in, have them explain the supply chain to us.' Do you think they’d understand what we’re talking about?”

Biden was widely criticized for the comment. Former MLB player Brad Ziegler took to Twitter to express his disappointment in the President's statement. “We’re all morons, right @POTUS? No one ever had business class in middle school.”

Author Alan Roberts went straight for the jugular in his tweet. “Dude who cannot ride a bike successfully thinks full on adults don’t understand how the grocery stores a restocked. Talk about elitist thinking.”

John James, a Representative-elect from Michigan, answered Biden's question that was posed to the reporter. “Me. I did. And so did all the other auto workers in my district who’ve watched their jobs sent to Mexico and China because of anti-business lib policies!”

Radio Host Derek Hunter mocked the President's way of speaking, saying, “’Look, you're blue collar guys, you're morons, you don't even understand the basics about economics or how things get anywhere. You're dumb. Just keep voting for Democrats like your masters, er, union bosses tell you to.’”

Joe Cunningham, a fellow radio host, sarcastically referred to Biden as the “most pro-union president ever.” Matt Morgan, a Maryland delegate, did not require many words to answer Biden's question: “Everyone but you.”

DJ Dante Deiana commented on how there is constant comedy when it comes to the Biden administration. “At this point where we’re at as a species, gimme 4 more years of this guy. He’s somehow managed to be a bigger clown show than trump. Constant comedy.”

More Articles From Max My Money:

This article was produced and syndicated by Max My Money.

Democrats Have Chosen An Election Denier to Succeed Pelosi

Mitt Romney Publicly Condemns Trump, ‘I Don’t Think He Should Be President of the United States’