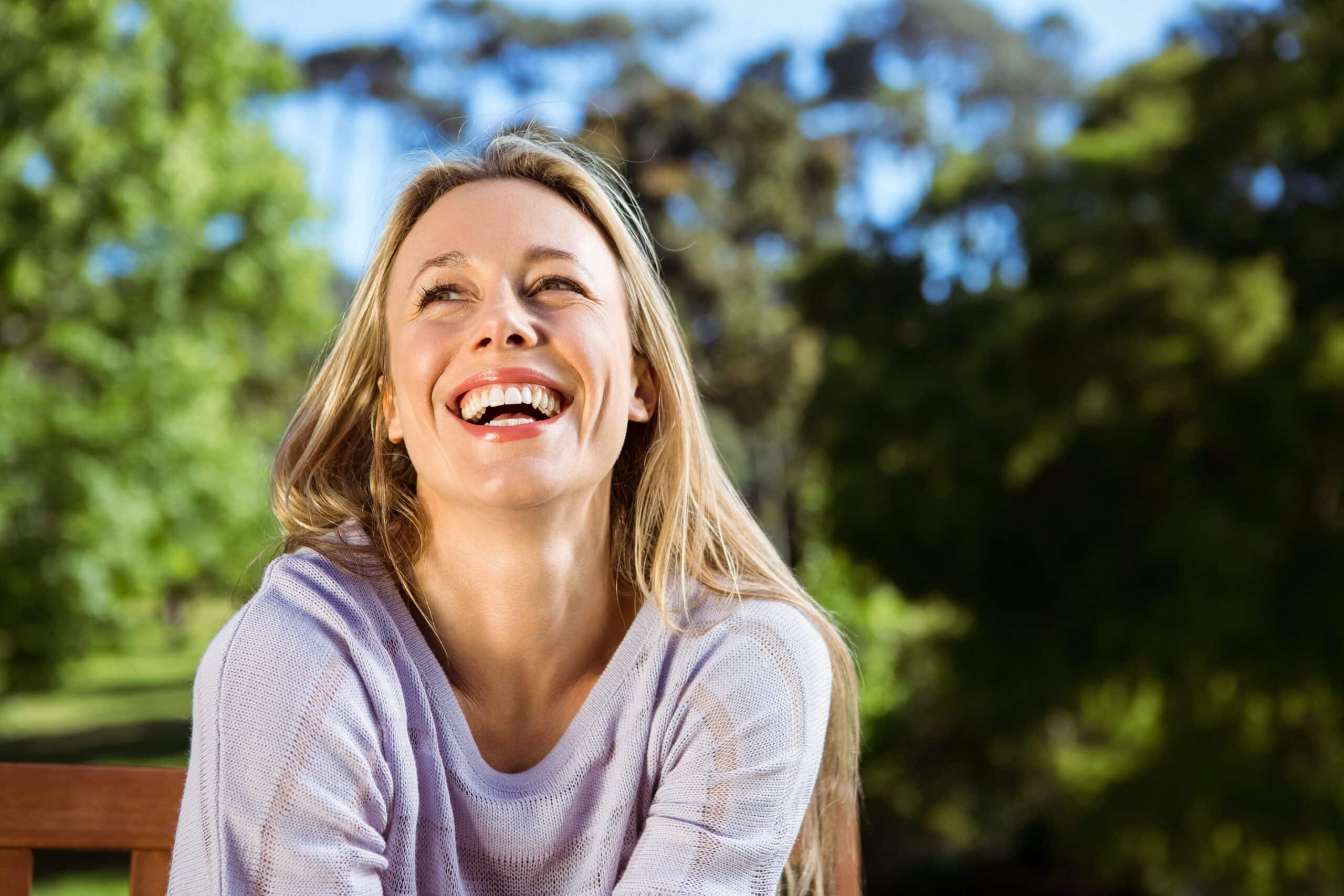 California's National Parks are home to some of the most iconic outdoor landscapes. Out-of-this-world scenery, panoramic views, and beautiful natural formations attract adventurers spanning the globe.

There’s never been a better time to plan a California National Parks road trip with travel prices soaring. Save on airfare, get away from the city, and hit the open road.

If you're on a budget – camp! If you have more cash to spare, stay in a lodge or cabin. California's National Parks will live up to the hype, whatever your travel style.

The Best 10 California National Parks to Visit This Summer

The most visited California National Park, Yosemite, was established in 1890 and is situated on California's eastern border amidst the Sierra Nevada Mountains. The park is roughly six hours from Los Angeles and four hours from San Francisco, making it the ideal summer road trip destination.

At the heart of the park is Yosemite Valley, a 7-mile glacier-carved basin that encompasses icons like Half Dome, El Capitan, and Yosemite Falls.

Also known for its beautiful vantage points, some of the most famous viewpoints include Glacier Point, Tunnel View, and Olmstead Point.

The best time to visit Yosemite National Park tends to be between May and September (making it the perfect summer destination), when temperatures range between 70°F and 90°F and rainfall is at a minimum.

This year from May 20th through September 30th, visitors will require a reservation to drive through the park during peak hours (6 am – 4 pm). If you have a Yosemite lodging reservation inside the park, your reservation is included with your booking.

Situated in Northern California, Redwood National and State Parks are about six hours from San Francisco or Portland, but the destination more than justifies the effort. Lonely Planet dubbed the Redwood Coast as the Top U.S Place to Visit in 2018!

Highlights of the Redwood Coast

It's worth noting that, unlike other California National Parks, accommodation inside the parks is limited to four campgrounds that are spread across the three state parks. There are no developed campgrounds inside Redwood National Park itself.

Jedediah Smith Campground, Elk Prairie Campground, and Gold Bluffs Beach Campground are available year-round, while Mill Creek Campground is only open from May to September. If camping isn't your style, consider booking accommodation in a nearby town like Eureka and Klamath.

Two of the most popular California National Parks, Sequoia and Kings Canyon, sit adjacent and are jointly managed by the National Park Service.

Just over an hour east of Fresno and roughly four hours northeast of Los Angeles, Sequoia is named for the world’s largest living thing – the giant sequoia tree.

Highlights of Sequoia and Kings Canyon

Established in 1890, Sequoia National Park encompasses more than 631 square miles of forest landscape and is home to the largest known tree on earth by volume – the General Sherman Tree.

Kings Canyon National Park was established in 1940 and encompasses 722 square miles. As the name suggests, King Canyon's main attraction is Kings Canyon, carved through years of glacial action. The granite walls of the canyon tower 4,000 feet above the canyon floor in some places.

Apart from the canyon and groves of majestic sequoias, Sequoia and Kings Canyon National Parks are home to beautiful meadows, crystalline lakes, and a wide range of wildlife, including deer, black bears, and bighorn sheep.

Since snow typically covers the High Sierra until late spring, the best time to visit Sequoia and Kings Canyon is between June and August, when temperatures are most moderate, especially for hikers and campers. During summer, daytime temps average 70°F, and nights can get down to the mid-40s.

Entry covers both parks and is $35 per vehicle or $30 per motorcycle. This Sequoia Lodging Guide covers every place to stay inside the national park.

Set on the Point Reyes peninsula, Point Reyes National Seashore is a vast expanse of protected coastline in Northern California's Marin County that houses over 1,500 plants and animal species.

Point Reyes National Seashore is open year-round, but May through September offer the best weather. However, January through April is the time to visit if you want to witness the gray whale migration and elephant seal pupping.

There is no entrance fee to Point Reyes National Seashore, though backcountry camping costs $30 per night per site and covers six people.

One of California's least visited and most underrated national parks, Channel Islands National Park, is a marine haven located off the coast of southern California and consists of the five islands of San Miguel, Santa Rosa, Santa Cruz, Anacapa, and Santa Barbara. The islands are home to over 2,000 plant and animal species, of which 150 are found nowhere else.

To reach the islands requires a short boat trip, the duration, and cost of which depend on which island(s) you plan on visiting.

Although the park is open year-round, summer is the best time to visit, as the weather tends to be mild and the boat trip less choppy. However, early Fall is the best season for snorkeling and diving since this is when the ocean is warmest (though still freezing!).

Note: that there are NO restaurants or lodging on any islands, though primitive camping is permitted year-round. Therefore, overnight visitors should plan to bring food, water, and equipment.

Home to 26,000 acres of spectacular landscapes, the park features chaparral, oak woodlands, and expansive canyons. It also hosts a wide array of wildlife, including the rare California Condor, and offers rock climbing, bird watching, and opportunities for cave exploration.

Summer temperatures can soar to a whopping 100°F! For this reason, it's essential to get an early start to avoid peak heat and always carry sufficient sun protection and water with you. Pinnacles is one of the least visited California National Parks, and you're likely to find the solitude you won't easily find elsewhere.

There are two entrances to Pinnacles National Park that are not connected by any roads inside the park. The west entrance is ten miles northeast of Soledad and is accessible via CA-146. This entry follows a narrow one-lane road and is not recommended for RVs, trailers, or large vehicles.

Alternatively, the east entrance is about 35 miles southeast of Hollister and provides access to the park’s only campground and visitor center and several hiking trails. At publishing, entry to the park was $30 per vehicle or $25 per motorcycle.

Note: Lassen is one of the most underrated California National Parks and would typically rank much higher on this list. However, the Dixie Fire affected much of the park in 2021, and large portions will remain closed throughout 2022.

During typical years, Lassen Volcanic National Park offers visitors tons of opportunities for outdoor adventures with a fraction of the crowds seen by other California National Parks like Yosemite and Sequoia.

Situated in the northeast corner of California, the park is located near the small town of Chester and maintains two main entrances. The Southwest entrance is near Kohm Yah-mah-nee Visitor Center, and the Northwest entrance is in the Manzanita Lake Area, near Loomis Plaza.

There are many geothermal areas, including roiling fumaroles, mud pots, boiling pools, and steaming grounds.

The only formal lodging inside the park is Drakesbad Guest Ranch, though eight developed campgrounds are also spread across the park.

Generally, the best time to visit is from May to September, as several tourist attractions close in winter due to snowfall. During summer, entry into the park is $30 per vehicle or $25 per motorcycle.

Joshua Tree National Park is where two distinct desert ecosystems, the Mojave and Colorado, come together.

As you travel through the park, you'll see granite monoliths, natural rock and boulder formations, and a wide range of plant and animal life, none so prevalent as the park's namesake – the Joshua Tree.

Although the park is open year-round, most prefer not to visit in summer when daytime temperatures soar over 100°F. That is the only reason the park features so far down on our list of California National Parks to visit this summer.

Nevertheless, if you plan on visiting during summer (as many do!), it is recommended that you book lodging with A/C. These are some of the top Joshua Tree hotels and cabins. More importantly, get an early start, take plenty of water, and wear adequate sun protection for outdoor activities.

Entrance into the park is $30 per vehicle or $25 per motorcycle.

One of the hottest and driest places on the planet, it's no surprise why Death Valley features last on our list of California National Parks to visit this summer. The park is set on the eastern border of south-central California, in the northern Mojave Desert, and borders the Great Basin Desert.

Some of the park's most noteworthy points of interest include Zabriskie Point, Mesquite Flat Sand Dunes, Golden Canyon, and Badwater Basin (the lowest point in North America).

Death Valley National Park is well known for its extreme weather conditions and exceptionally high summer temperatures that can quickly soar to a staggering 120°F. As such, it's generally best to visit the park in Spring or Fall.

Jenna is the founder of Up and Away Magazine, where she curates road trip itineraries and lodging guides to America's most beautiful outdoor spaces. Up and Away Magazine aims to inspire others to opt outside in a way that is practical, accessible, and suitable for all budgets. In her spare time, Jenna enjoys hiking, climbing and backpacking.

The Best Pet-friendly Hotels in Each State