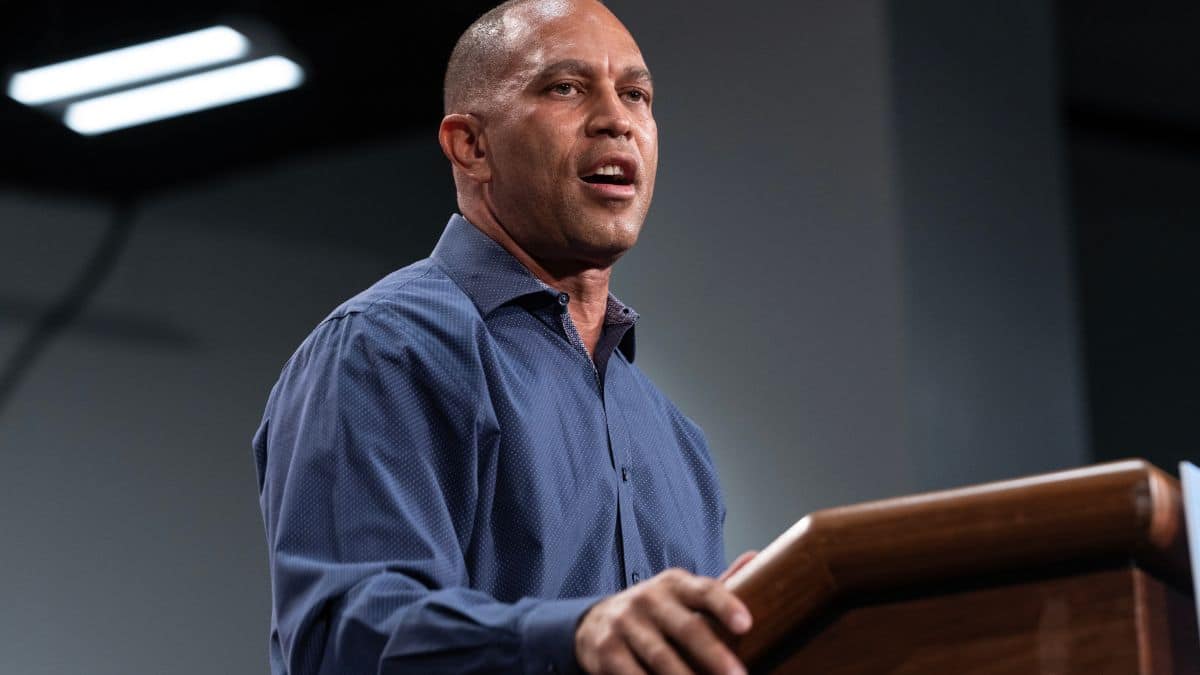 Speaker of the House Nancy Pelosi is stepping down after serving for 20 years. The House Democrats have finally chosen her successor: Representative Hakeem Jeffries. Jeffries looks great on paper for Democrats, but if you dig a little deeper, his appointment could get Democrats labeled hypocrites.

Members of the GOP, most notably former President Donald Trump, have been tossing around the idea of the 2020 election being stolen since 2020. Democrats have been critical of this idea since the beginning and labeled Republicans “election deniers.”

Democrats have done their best to convince the public that the GOP poses a real threat to democracy. Some of the midterm election candidates even used that idea as a call to action in their campaigns.

Nancy Pelosi said at one point, “Republicans continue their attacks on our democracy. … Meanwhile, House Democrats will always defend democracy.”

There's a New Denier in Town

The House Democrat's choice for Speaker of the House is actually an election denier himself. He has reportedly denied the results of the 2016 election and allegedly spread conspiracy theories that it was stolen by the Republicans.

In 2018, Jeffries posted a tweet accusing Trump of stealing the election and working with Russia to do so.

The more we learn about 2016 election the more ILLEGITIMATE it becomes. America deserves to know whether we have a FAKE President in the Oval Office #RussianInterference https://t.co/x3BHO5CPIm

In 2020, Jeffries doubled down on his opinion, telling Trump, “history will never accept you as a legitimate President.” RNC Research also uncovered more tweets posted by Jeffries that implies the 2016 election was stolen.

With little to no evidence to prove either party's accusations, neither Trump's nor Jeffries' claims hold any water. That doesn't take away from the fact that Democrats have decided to appoint someone who makes the same accusations as the person they claim puts our democracy in danger.

People are now wondering if Democrats truly care about Democracy at all but wield it as a means to attain more power. Their willingness to ignore the fact that the leader they just appointed demonstrated the exact same behaviors as the Republicans they have criticized in the past has called into question where their values and motivations truly lie.

The campaign arm of the House Democrats also reportedly funded the campaigns of the Republicans that it labeled “election deniers” because it believed they would be easier to defeat in the general election. It is hard for the public to believe that Democrats are the defenders of democracy when they are willing to pour money and resources into the very people they warn us about.

More Articles From Max My Money:

This article was produced and syndicated by Max My Money.

How To Make Money on Audible