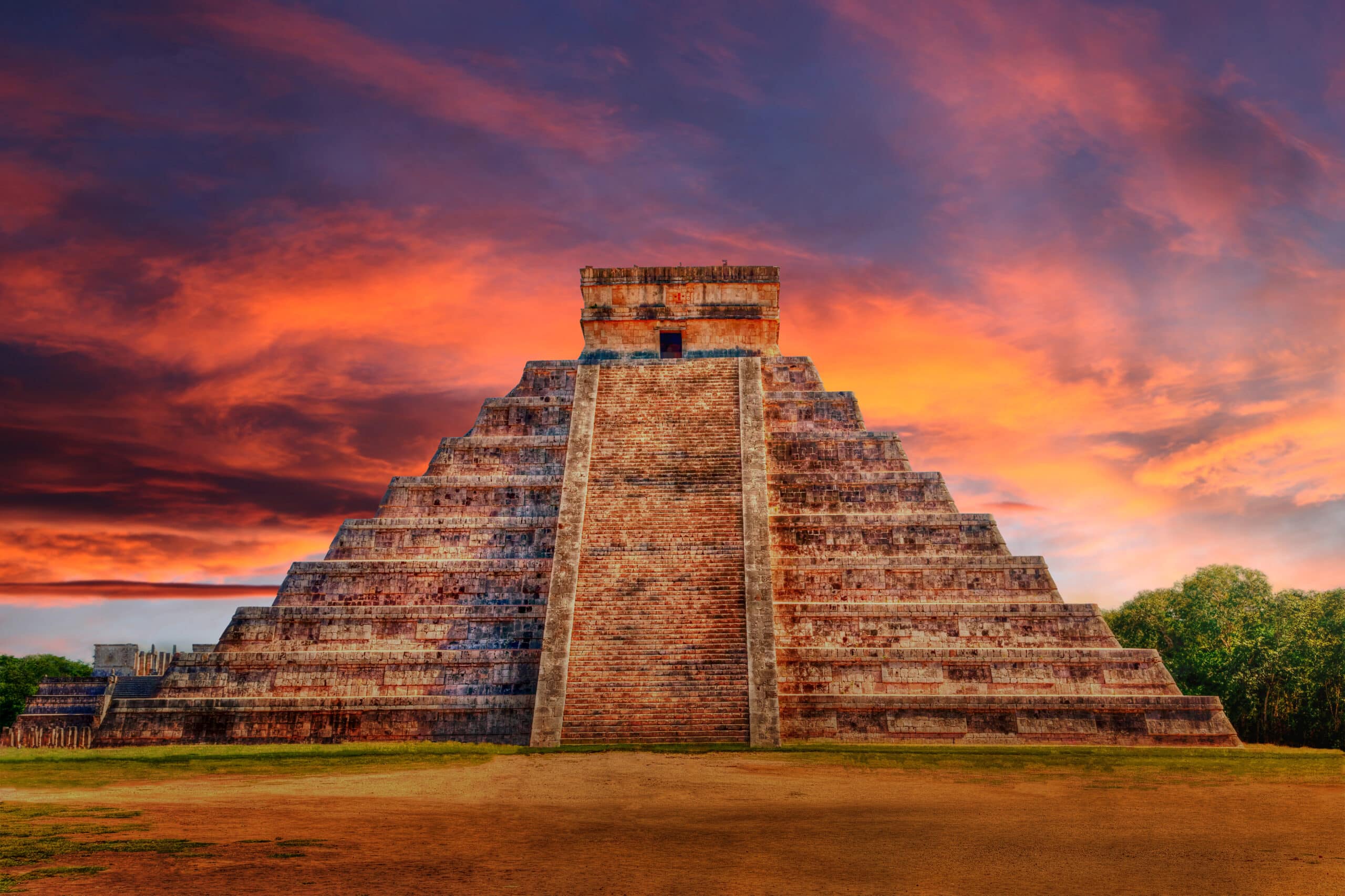 Mexico City is one of the biggest cities in the world, and there’s no shortage of great things to do and see. While some things are more expensive than others, there are also plenty of great things to do that cost nothing at all. From museums to parks, casual strolls through historic neighborhoods, and even a castle — visitors can really enjoy Mexico City on the cheap. Ready to discover the 10 best free things to do in Mexico City? Let’s dive in!

If you’re wondering about the best neighborhoods, Roma and La Condesa rank high atop the list. These two areas, located right next to one another, are safe, beautiful, and popular with expats in Mexico City. You’ll also find the best Mexico City Airbnbs in Roma and Condesa. As two of the hippest parts of town, Roma and Condesa attract a lot of artists and creative types. For those who want to see the best street art in Mexico City, head to Roma and Condes and prepare to be wowed by the amazing pieces painted on the sides of buildings. There’s also a lot more to see and do in these nice areas, and they are perfect to explore on foot with no real agenda! You’ll love spending the day going to all the nice parks (especially Parque México), sidewalk cafes, and charming boutique shops in Roma and Condesa.

Coyoacan, located in the southern part of the city, is one of the oldest neighborhoods in Mexico City. There are many great things to do in Coyoacan, like strolling Parque Centenario (Main Square) and visiting the 16th Century Parroquia San Juan Batista Church. It’s also home to the popular Frida Kahlo Museum, which isn't free, but still a visitor favorite. If you go to the Casa Azul (Blue House-Frida Museum) you’ll get free admission to the Diego Rivera Anahuacalli Museum, located not far away. Rivera was Frida’s husband, and one of Mexico’s most famous painters. The Anahuacalli houses his personal collection of pre-hispanic artifacts, in a Mesoamerican temple-style building he designed himself. This museum is truly one of the best hidden gems in Mexico City!

3. Admire the art in soumaya museum

Museo Soumaya houses the private art collection of Mexico’s richest man, Carlos Slim. One of the best museums in Mexico City, the Sculpture Room on the top floor has one of the largest collections of Auguste Rodin sculptures outside France. Much of the museum’s collection is Classical Art from all over the world, but don't miss the large mosaic done by Mexican artist Diego Rivera. The building, designed by Fernando Romero Havaux, is a work of art in itself, and one of the best buildings in the Polanco neighborhood. Other Places to See in Polanco Polanco is one of the poshest areas in Mexico City, so most things don’t come free. Besides Museo Soumaya, you can spend some time strolling Parque Lincoln (park) or even window shopping along Avenida Presidente Masaryk, known as the Rodeo Drive of Mexico City.

Bosque de Chapultepec (Chapultepec Park) is one of the largest urban parks in the world — and at 1,700 acres (7 km²), it’s bigger than Central Park in New York City. This massive green space is called the “lungs of Mexico City,” as it’s thousands of trees help filter the air. There are numerous things to do in the park, including a visit to Castillo Chapultepec (Chapultepec Castle). This is the only true castle in North America because it’s the only one that royals once lived in, which is the main difference between a castle and a manor. Castillo Chapultepec and the adjoining National History Museum are among the most-visited places in this massive park. On Sundays, you get free admission to both, but do arrive early, as it gets very crowded. Also Visit Chapultepec Zoo The Zoológico de Chapultepec (zoo) houses more than 200 species of animals, including giraffes, jaguars, several types of birds, lions, tigers — and even two panda bears. The zoo is open Tuesday to Sunday, 9 am-4:30 pm, and admission is free.

No visit to Mexico City is complete without exploring Centro Historico (Historic Downtown), a UNESCO World Heritage Site. In the center of downtown, called the Zocalo, you’ll find the 660-foot-long (200 m) Palacio Nacional building. The Mexico National Palace houses the Federal Treasury, National Archives and more. Inside, you’ll also see an impressive series of murals painted by Diego Rivera, one of the most beloved Mexican artists of all time. Admission is free, but you must leave your ID at the entrance. Things to See Near Palacio Nacional You can easily spend a day, and no money, just walking the streets of Centro Historico. It’s one of the best things to do in Mexico City! There is an amazing mix of historic and new buildings, skyscrapers and art deco architecture, and plenty of cheap street tacos for when you get hungry. Right next to the Palacio, there’s the Catedral Metropolitana (cathedral), one of the grandest Mexico City churches. The Templo Mayor is an Aztec Temple that was buried underground by the Spanish, and you can see parts of it from the street above.

Muévete en Bici, which loosely translates to Movement on Bikes, is a fun way to see the city by bike. On Sundays, from 8 am-2 pm, one side of bustling Reforma Avenue shuts down to cars, so runners, bikers, skateboarders, rollerblades, and even dog walkers take over. It’s basically a block party, but along one of the nicest streets in Mexico City. You can rent a bike for free at a few points on Avenida Reforma, like the Glorieta de la Palma (palm tree roundabout) on the northern end of the street. The free bikes are distributed on a first-come, first-served basis, so try to arrive early. You will have to leave your passport or ID with them (don’t worry, this is safe, and everyone does it), and you can take the bike for up to two hours. Enjoy a Stroll on Reforma Avenue If you won’t be in town on a Sunday, you can stroll Reforma Avenue any day of the week. There’s a lot to see on this street, including the Angel of Independence statue, one of the city’s most famous pieces of public art.

If you’ve ever Googled photos of Mexico City, you have likely seen the beautiful Palacio Bellas Artes (Palace of Fine Arts). This art nouveau building, located in Centro Historico, has a golden dome and looks like it came straight from Europe. While the Bellas Artes building itself is a work of art, you can also head inside to see the impressive Art Deco interior. There is a museum on the top floor, Museo del Palacio de Bellas Artes, which has a small admission fee of $80 pesos ($4USD), should you want to go. Things to See near Bellas Artes There are a few places you can check out just next to Palacio Bellas Artes. Located just next to it, the Parque Alameda (park) is a nice place to relax and people-watch in the bustling downtown. Across the street, there’s Barrio Chino, which is Mexico City’s Chinatown.

8. Enjoy the view from cafetería terraza

The Torre Latinoamericana (Latin American Tower) is one of the most iconic buildings in the Mexico City skyline. On a clear day from its Mirador (viewing platform), you’ll get some of the best views of Mexico City — though it costs $125 pesos ($6USD) to go up. Located right around the corner, there’s a free way to get near-identical views! The Cafetería Terraza (AKA Cafe Don Porfirio), located inside the Sears department store, allows customers to come up for free. You are expected to buy something, but drinks are only about $2USD.

There are a few UNESCO World Heritage Sites in Mexico City, including the National Autonomous University of Mexico (UNAM college campus). The campus consists of buildings and sprawling open spaces by more than 60 noteworthy artists, architects, and engineers. Done by Mexican architect and painter, Juan O'Gorman, his painting on the UNAM Central Library is said to be the largest mural of all time. Besides the mural by O'Gorman, you’ll see works from other great Mexican muralists, like Diego Rivera and David Alfaro Siqueiros.

There are many great mercados and tianguis markets in Mexico City that you can browse. To clarify before we continue, a mercado is a permanent market that’s open daily, while a tianguis is a temporary, open-air market that’s only set up for one day or a few days at a time. You have plenty of options to visit both types on your trip. For travelers on a budget who don’t intend to shop, you can find cheap eats in the marcados and they make great spots for photos (though you should always ask permission and leave a few pesos as tip when doing so). When in Mexico City, don't miss La Ciudadela and Mercado Medellin, two of the most beautiful and colorful markets. On Saturday mornings, there’s Bazar Sabado, an open-air art market in the San Angel neighborhood. Mercado Jamaica, the flower market, is another great option.

Final Thoughts: Free Things to Do in Mexico City