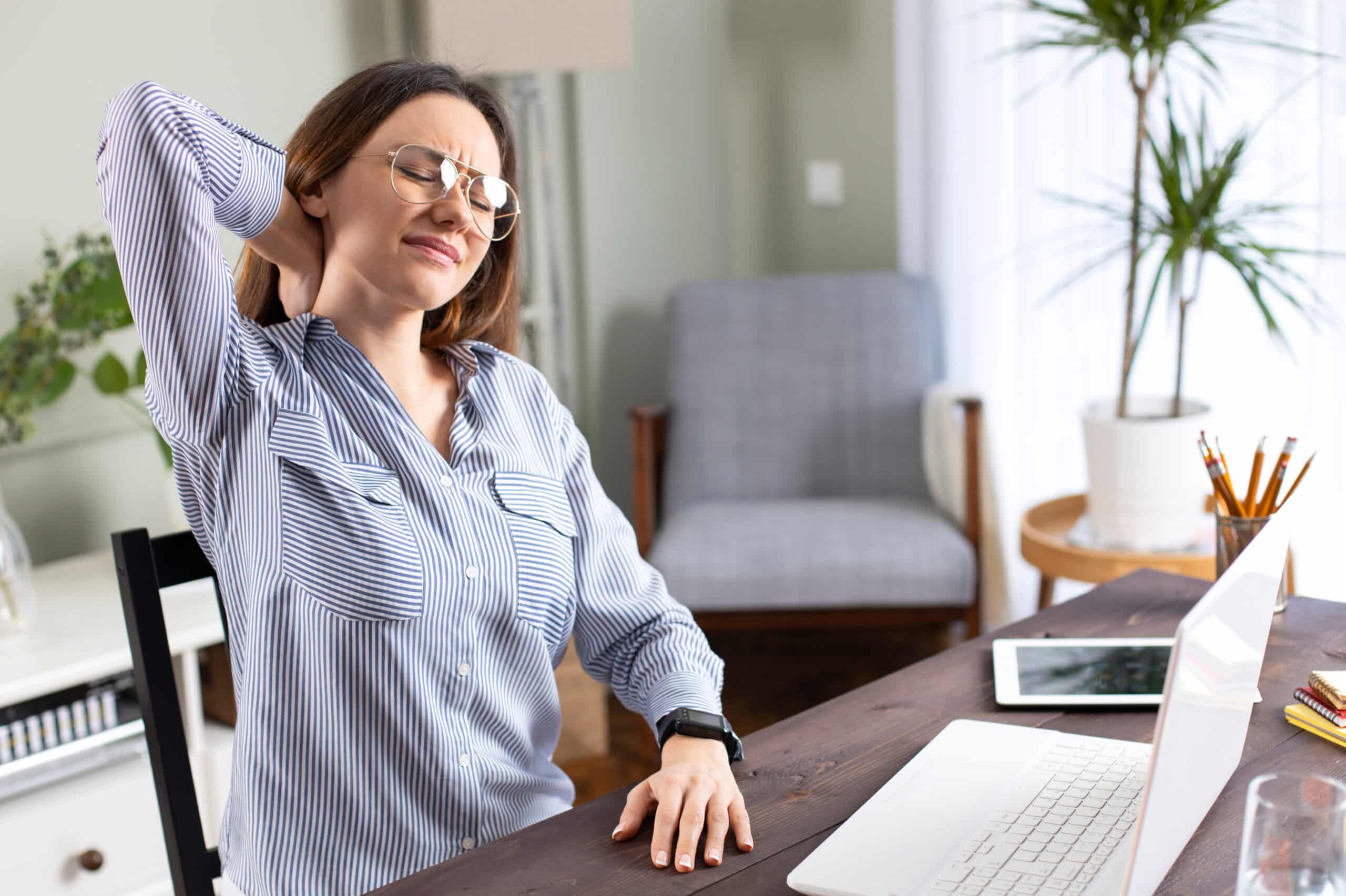 For most prospective homeowners, it can seem like all the costs and stresses of house hunting come at the front end: Saving up enough cash for a down payment, finding a real estate agent who can use the market to your advantage, comparison shopping for the real estate company with the lowest commission, and deciding between innovative but unproven companies like Opendoor and Offerpad are all big factors in how much you’ll end up paying for your home.

But the reality is that closing on your dream home isn’t the end of your financial obligations — it’s only the beginning. And we’re not even talking about mortgage payments. There are a lot of hidden costs of owning a home that many new homeowners don’t know about, which can be a very unpleasant surprise.

A new study by Clever Real Estate looks at the hidden costs of owning a home and the effect these expenses can have on new homeowners — who may not realize what exactly they’re getting into. Read on to make sure you don’t become another home buyer getting more than you bargained for!

43 hidden costs of homeownership to avoid

1. The average U.S. homeowner spends over $15,000 a year on their home, excluding their mortgage payments

Many new homeowners probably understand there will be various expenses associated with their home, but to an increasing percentage of buyers, the sheer amount is shocking. Over $15,000 a year is the equivalent of buying half a new car, every year!

2. Over half of homeowners say the true cost of owning a home took them by surprise

More than half of homeowners (52%) didn’t really know what they were getting into when it came to all the miscellaneous costs associated with owning a house. That’s undoubtedly been a big factor in an uptick in buyer’s remorse we’ve seen since 2019.

3. Millennials are more likely to be surprised by the cost of homeownership

4. Homeowners are more stressed and anxious

5. A majority of homeowners would’ve approached buying differently if they’d known how much it would cost long term

A surprising 53% of homeowners say they would’ve approached buying differently if they’d realized the actual cost of homeownership.

Of that group, 42% said they would have negotiated a better price or contingencies, which underscores the importance of finding a good agent. Another 29% said they would’ve waited to buy a home, while an equal portion said they simply would’ve purchased a less expensive house.

6. A majority of U.S. homeowners have felt buyer’s remorse at some point

Six out of 10 U.S. homeowners report feeling some form of buyer’s remorse. About 16% said they rarely feel buyer’s remorse, 20% sometimes feel it, and 25% often feel it.

7. On a more positive note, a significant portion of homeowners have never felt buyer’s remorse

While these numbers of buyer’s remorse can be a little alarming, it’s worth noting that four out of 10 U.S. homeowners report never feeling buyer’s remorse.

The pandemic saw a boom in home prices and large-scale migrations out of dense urban centers, as city dwellers bought homes in suburban and rural areas. Thus far, a lot of those buyers are having second thoughts.

Of these pandemic buyers, 39% report that they often feel buyer’s remorse.

9. Many with buyer’s remorse are annoyed with upkeep

Of that 60% of homeowners who have felt buyer’s remorse, many of them (39%) say they regret how much maintenance their home requires.

10. Buyer’s remorse has increased across the board since before pandemic

Even buyers who purchased a home before the pandemic are reporting more buyer’s remorse. Pre-pandemic, 20% of homeowners said they sometimes or often felt buyer’s remorse. As of 2022, that percentage has shot up to 45%.

In 2019, only 5% of homeowners said they frequently felt buyer’s remorse. That number has since spiked to 25%. Meanwhile, the share who say they’ve never felt remorse dropped from 65% to 40%.

11. Many homeowners are spending too much on housing

Experts say your housing is affordable if you’re spending less than 30% of your gross household income on it. But among surveyed homeowners, nearly half (45%) spend more than that on their home.

12. The percentage of homeowners spending more than 40% of their income on housing has surged

13. Nearly three-quarters of homeowners are unhappy with some aspect of their home

A whopping 72% of homeowners surveyed said they were unhappy with at least one aspect of their home.

14. Two of the top three reasons for dissatisfaction have to do with maintenance and associated costs

15. Nearly a quarter are unhappy because their home has lost value

A surprising 24% of homeowners said they’re dissatisfied because their home has depreciated in value. This is a reminder that the gains from today’s booming housing market have been unevenly distributed.

16. A huge majority of homeowners say that owning a home is a hassle

Three-quarters (75%) of homeowners said homeownership is a burden.

17. Only a small percentage say that owning a home isn’t worth the hassle

However, only one in eight said the benefits of homeownership aren’t worth the inconvenience. This suggests some complaints are just harmless venting, and that, hassle aside, most homeowners are fairly content with their decision.

The most common reason (52%) that people said they bought their home is arguably the best one: because it’s a good investment.

19. The second-most popular reason buyers purchased their home was practical

About 42% of respondents said they bought a home because they wanted or needed more space.

This result demonstrates how the pandemic, which saw more people cooped up at home, may have provided an extra push for some to explore the market. Meanwhile, one in seven homeowners (14%) said being able to work from home played a role in their purchase.

20. The hot market spurred some buyers to action

A little over one in five homeowners surveyed (21%) said part of their motivation to buy was that they wanted to get into the market before it got even tougher. If some of these buyers weren’t really ready for the responsibilities of homeownership, but rushed to buy because they feared they’d soon be priced out of the market, that could be influencing the rising levels of buyer’s remorse.

21. The average homeowner spends over 200 hours a year on upkeep

The Clever survey found that the average homeowner spends around 19 hours a month on home maintenance and improvements, which adds up to nearly 230 hours a year — almost 10 full days.

Consider that the average American only gets 10 work days off per year. If they own a house, they’re spending the equivalent of that looking after their home!

22. For just over a fifth of homeowners, home maintenance is like a job

About 21% of homeowners spend over 30 hours a month on home maintenance and improvements — almost the equivalent of a standard workweek.

In 2019, only 3% of homeowners spent that much time on their house, suggesting that people who spend more time at home, as most of us have during the pandemic, simply find more to fix.

23. Almost all homeowners are spending at least five hours a month on upkeep

24. Pandemic buyers are spending a ton of time on home maintenance and improvements

Homeowners who bought since the beginning of 2021 are spending, on average, 23 hours a month on upkeep. That’s 21% higher than the overall average, meaning either that a lot of pandemic buyers bought fixer-uppers, or that they’re just finding more things that need changing.

25. Many home buyers of waived inspections in 2021, which could be a factor in increased maintenance

A 2021 survey by the National Association of Realtors (NAR) found that 19% of buyers had waived a home inspection contingency, implying that they just wanted to close the deal regardless of what hidden problems could be lurking. The fact that pandemic buyers are spending so much more time on home maintenance than other buyers suggests that waiving a home inspection just leads to more work down the line.

26. The average homeowners spends just over $3,000 a year on maintenance and repairs

Not including emergencies — which can pile on additional charges — maintenance costs the average homeowner $3,018 a year.

27. But the percentage who spend a lot more is increasing

28. A fifth of homeowners were on the high or low ends of the spectrum for maintenance spending

29. Millennials were much more likely than baby boomers to spend a lot on maintenance

Millennials were about three times more likely than boomers (42% vs. 15%) to spend over $5,000 a year on maintenance and repairs. Are millennials buying more fixer-uppers, or do they just have more exacting standards for their living space?

30. The most common home repair is one of the least expensive

Homeowners cited painting (49%) as the most common home repair they undertook. Painting is one of the few major projects that can be done well by an amateur, and it’s also one of the most cost-efficient home repairs.

31. The next three most common, however, are among the priciest home repairs

After painting comes major appliance repair, which 46% of homeowners have had done at some point, along with plumbing (46%), and electrical (41%) — all of which require specialized professionals and large outlays of cash.

While most of these services are necessary, those monthly or weekly charges can add up.

About one-third of homeowners (31%) pay fees to a homeowners association. Typically these fees run a few hundred dollars a month, and add up to several thousand a year.

34. Most homeowners wouldn’t be able to cover a $5,000 emergency repair

A worrying 57% of homeowners don’t have $5,000 on hand to cover an unexpected repair. The most common method of payment if something were to come up? Thirty percent of respondents said they’d put it on a credit card.

35. A significant percentage of homeowners have very little in savings

The Clever survey found that one in five homeowners have under $1,000 in emergency funds, and one in seven have fewer than $500.

36. The pandemic has seen increased spending on home improvements

In addition, 32% said they spent at least $5,000 on home improvements last year.

About 8% of homeowners are big spenders, shelling out more than $20,000 for major improvements like renovations and remodeling.

38. Nearly all homeowners plan to tackle a home improvement project in the next five years

Nine in 10 homeowners surveyed (93%) said they intend to undertake a major home improvement project sometime in the next five years.

The most common projects planned by respondents were outdoor improvements: landscaping, fencing, or yard improvements (43%), followed by adding or refinishing a patio (37%).

40. Among homeowners who aren’t planning renovations, nearly a fifth can’t afford it

Of those who reported no plans for home improvements, 18% said they simply don’t have the money for it. Other reasons for putting off improvements included inflated costs (15%) and pandemic delays (14%).

41. Homeowners spend much more on utilities than renters do

The average renter spends $2,866 a year on utilities, while the average homeowner spends $4,829.

The average home is much bigger than the average apartment, so it costs more to heat, cool, and light a home.

Taxes and homeowners insurance cost the average homeowner more than $4,000 a year, every year. That’s a big bill to get hit with.

43. But those costs can be reduced — if you’re willing to move

However, both property tax rates and homeowners insurance premiums vary widely across the country.

The most expensive tax states are in the Northeast, led by New Jersey, which has the highest average property tax bill at about $8,400.

The state with the lowest average property tax bill? Alabama, with a minuscule average bill of only $609.

This article originally appeared on ListWithClever.com and was syndicated by MediaFeed.org.

How to Find a Cheap Cruise