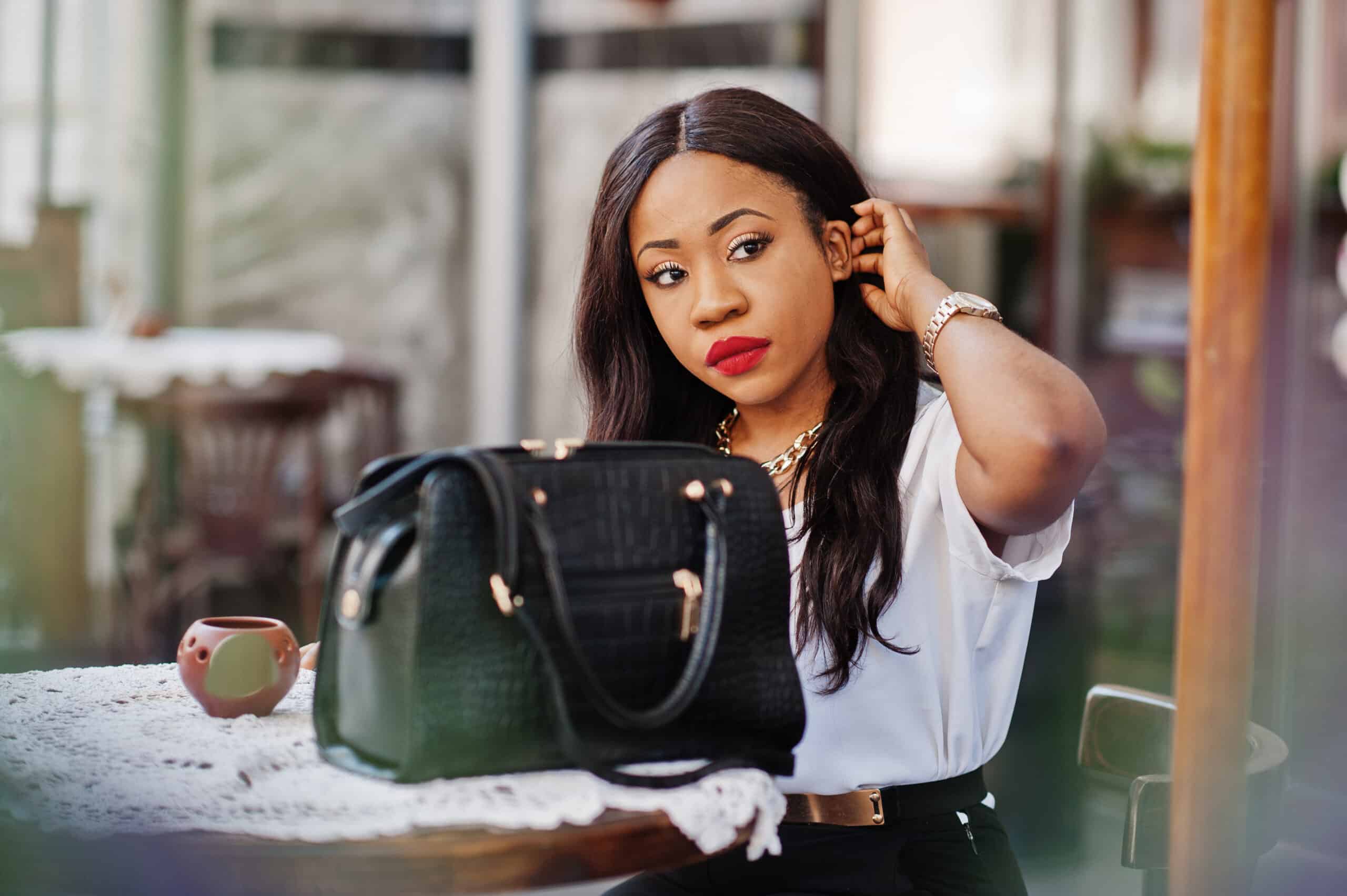 Ever wondered who the wealthiest woman in the world is? We often read about Bill Gates, Elon Musk, and others in the billionaire boys club. But what about the other half of humanity that keeps the world going? Let's find out about the richest women in the world.

Women have come a long way in the last couple of decades. With the liberalization of formerly traditional gender views, many women have broken the glass ceiling. They have successfully proved themselves in business, corporate jobs, and other economic activities that were once the sole domain of men.

Forbes world's billionaire's list is an annual compilation that outlines the wealthiest people in the world. Surprisingly, the number of billionaires worldwide is much more than you might expect: Forbes lists 2,668 billionaires this year. Can you imagine that? There are over 2,600 people who have a net worth exceeding a billion dollars.

But, what's even mind-blowing is that there are only 327 women on the list. Women have come so far! It will undoubtedly take time for the numbers to even out, but we'll get there.

Of that 327, 101 women on this list are self-made billionaires who either established or co-founded their own companies or made investments that resulted in wads of hard cash. So, without further ado, let's count down and meet the top 15 wealthiest women in the world.

Top 15 Richest Women in the World

Laurena Powell Jobs took out the 15th spot from Zhong Huijuan on this year's list. She has billions of dollars worth of Disney and Apple stocks she inherited after her husband, Steve Jobs, passed away.

She is the founder of the Waverly Street Foundation, to which she has contributed over $1.2 billion to. That is the type of philanthropy that we like to see.

Renata Kellnerova is the widow of Petr Kellner, who was the richest person in the Czech Republic. He passed away last year in a helicopter crash, leaving her to control the PFF Group. It's a group that invests mainly in financial services, real estate, and media.

Savitri Jandal is currently one of India's wealthiest people. With a net worth of $17.7 billion, which nearly doubled compared to last year, she is well on her way to becoming the richest person in India.

She is the chairperson of Jindal Group, a company that works in steel, cement, infrastructure, and power. When she took charge of the company in 2005, its revenue quadrupled, and she's been able to grow the company ever since.

Next up on our list is a Chinese businesswoman who chairs a chemical fiber company, Hengli Petrochemical. Hongwei's husband, Chen Jianhua, is the company's chairman and also a billionaire.

Yang Huiyan is known as the world's youngest billionaire. When she was just 21, she took charge of Country Garden Holdings, a real estate company founded by her father, Yang Guoqiang.

Huiyan has grown the company to be one of China's biggest real estate developers. Her current net worth is estimated at $18.7 billion.

Heiress Abigail Johnson inherited her fortune from her grandfather, Edward C. Johnson II. She is the chairwoman of Fidelity International and the CEO of Fidelity Investments. The Johnson company currently owns a 49% stake in the company, giving them majority control over it.

Abigail took the investment company to new heights with her interest in cryptocurrency, and the company has grown many folds since she took over. It's certainly not easy to achieve the kind of success she did. In her words, “No matter how senior you get in an organization, no matter how well you're perceived to be doing, your job is never done.”

González is a widow on the list who inherited her wealth after her husband, Andrónico Luksic Abaroa, passed away in 2005.

This Chilean businesswoman became a billionaire after she inherited the majority of Antofagasta PLC, a Chilean-based copper-mining company. Aside from that, González also has a majority stake in Quiñenco— a Chilean conglomerate that deals in beverages, banking, and manufacturing.

Susanne Hanna Ursula Klatten is a German heiress who owns roughly 12% of BMW, the German automaker, and the chemical company Atlanta. Sussane is the wealthiest woman in Germany and also made the Bloomberg Billionaires Index.

Miriam, another heiress on our list, is also a physician married to Sheldon Adelson, a casino magnate. She inherited most of her wealth after the passing of her husband, making her a billionaire in her early 20s. Miriam owns most of her husband's casino company, Las Vegas Sands.

After her marriage, she became a donor to conservative political causes in Israel and the US. Currently, she has a net worth of $27.5 billion.

While not entirely self-made, Gina Rinehart took her father's ailing iron-ore company and rebuilt it from the ground up. Building her wealth on iron-ore, Gina became Australia's wealthiest person. Not only that, but she's also Australia's second-largest cattle producer.

These ventures, plus a portfolio of properties across the country, have amassed Gina a total net worth of $30.2 billion.

Wouldn't you love an unlimited supply of candies and chocolates and have billions of dollars to your name? Well, that's how it is for Jacqueline. Her last name should be a giveaway; she inherited one-third of Mars Incorporated, the candy and pet food conglomerate.

The candy company was founded by her grandfather in 1911 and has made Jacqueline a billionaire, with a current fortune estimated at $31.7 billion.

Under the spotlight in possibly the most expensive divorce in the world, Mackenzie Scott is the divorcee of Jeff Bezos, founder of Amazon. She received a 25% stake in the company after getting divorced. However, Mackenzie has not let her wealth get to her head as she pledged to donate half of her wealth throughout her lifetime.

She has donated $12.5 billion to over a thousand organizations in less than two years. Besides being a philanthropist, Mackenzie is also an author who has penned and published two novels.

Julia Koch of Koch industries joined the ranks of the extremely rich when her husband, David Koch, tragically died, passing down a 42% stake in Koch industries to Julia and their children. Koch Industries is the second-largest private company in the US, of which Charles Koch, Julia's brother-in-law, owns a 42% stake and is also the chairman.

Julia's net worth is currently placed at $60 billion.

Retail magnate Alice Walton is the daughter of Walmart founder Sam Walton. In 2020, she was ranked as the wealthiest lady in the world as Walmart's stock rose each year. However, in the last two years, she has lost her first place to Bettencourt Meyers.

Alice's net worth is $65.3 billion, making her one of the wealthiest people in the world.

At the top spot is Francoise Bettencourt Meyers, the richest woman in the world for the second year running.

She joined the ranks of the billionaires when her mother, Liliane Bettencourt, passed away. Francoise is the granddaughter of the founder of cosmetics giant L'Oréal.

Francoise has a current net worth of $74.8 billion.

Who Is the Richest Female in the World

The wealthiest woman in the world is Francoise Bettencourt, the chairwoman of the L'Oréal empire. Since 1997, she has served as one of L'Oreal's Board of Directors.

Who Is the Youngest Female Billionaire

Katharina Andresen, 27, is the world's youngest female billionaire, with a net worth of $1.2 billion. She is followed closely by her sister, Alexandra Andresen, 25, who has an estimated net worth of $1.1 billion. The Norwegian siblings are heiresses to the Ferd AS group engaged in investment, real estate, and finance ventures.

How Much Is the Richest Woman in the World Worth

Francoise Bettencourt Meyers, the richest woman on the planet, has an estimated net worth of $74.8 billion. According to the Forbes list, this makes her the 14th richest person globally.

How Many Female Billionaires Are There in the World

There are currently 328 female billionaires in the world. Most of the women on the list hail from America, with China coming in second place and a few women from Europe, Australia, Asia, and the Middle East.

Conclusion – Richest Women in the World

Aside from the fact that males still substantially dominate the world's wealthiest list, a pattern can be seen from the information about the 15 richest women. While many of them inherited or acquired their wealth from their spouses or family's businesses, a growing number made their fortunes as entrepreneurs or self-made businesswomen.

On top of that, these women know how to use their riches to make more wealth through their business understanding and skills. As more females become economically empowered and financially independent, we expect more women's names to be added to these billionaires' lists.

Don’t Miss These 28 Tips to Save Money in College

How to Make Recurring Money From A Side Hustle