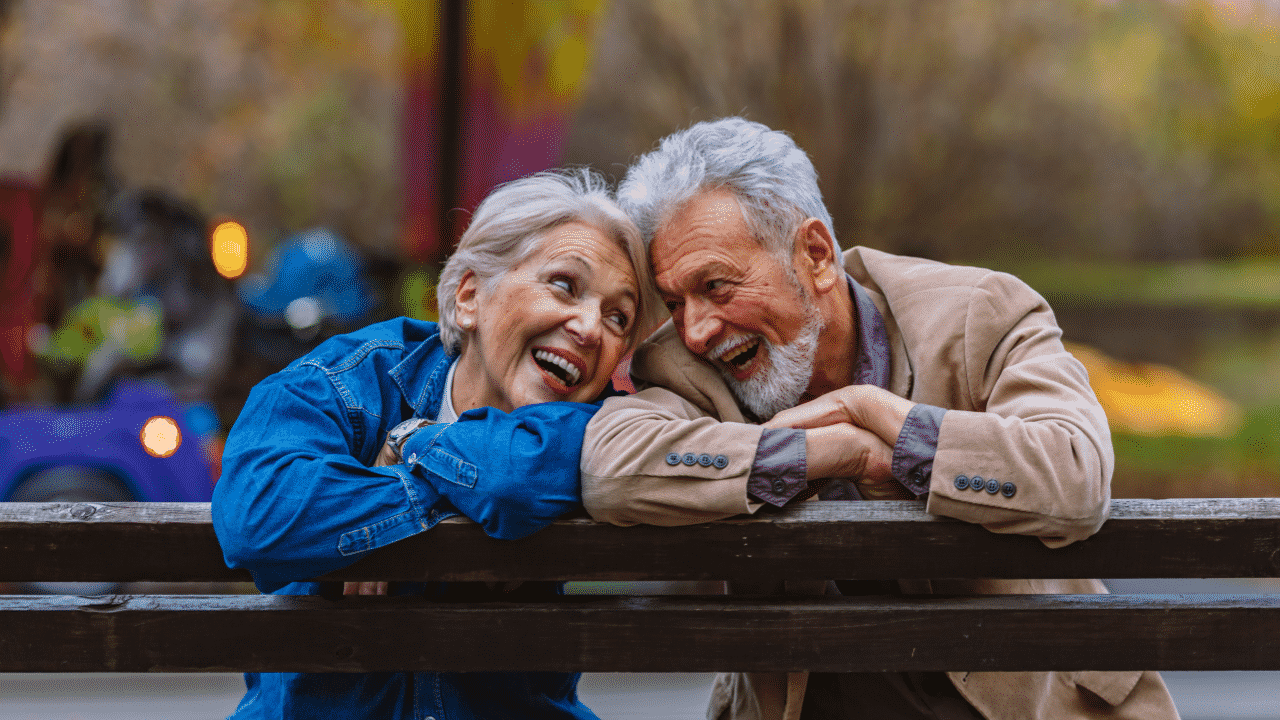 The traditional path to retirement was to put away a certain amount of personal savings, build a retirement fund — often with the help of an employer — and transition smoothly into the golden years of leisure and travel. But retirement finances have undergone a rapid evolution, accelerated by larger economic trends and the disruptions of the COVID-19 pandemic. Today’s retirees are taking the plunge with little safety net.

A new study from Clever Real Estate sheds light on the state of retirement finances and reveals some disturbing trends. Today’s retirees are opting to leave the workplace early instead of working longer to save more, and many are leaving with little or no savings to cushion their golden years. Compared to previous retirees, they’re carrying more debt, including credit card, medical and even some student debt. Many haven’t paid off their mortgage or are still renting.

Empty nesters may need to downsize their homes to reduce their debt in retirement. Today’s rapidly evolving marketplace can be a challenge to navigate, but finding the right real estate agent can help. Retirees who want to pocket the most profit from their home sale can work with a low-commission real estate broker to avoid paying the full 3% commission rate. Those savings could then be used to pay off more debt or earmarked for an emergency.

Still, many retirees regard the future with stress and anxiety.

1. The Great Resignation Was Actually the Great Retirement

An unprecedented number of employees have quit their jobs since the beginning of the pandemic. But millions of workers who resigned in the past two years weren’t looking for another job. They were retiring.

2. On Average, Retirees Have Saved Only One-Third of the Recommended Amount

Experts recommend saving $514,800 for retirement. The average retiree has saved about $191,600 — just over one-third of the recommended amount. As a result, two-thirds of retirees feel unprepared for retirement.

3. Nearly One-Third of Retirees Have Saved Nothing for Retirement

Although the average retiree has saved much less than the recommended amount, nearly one-third of retirees (30%) have saved nothing at all for retirement.

4. Retirees Were Hit Hard by the Pandemic

More than three-quarters of retirees (76%) still have debt.

6. Credit Card Debt Is the Most Common Among Retirees

Just over two-thirds of retirees (67%) enter retirement with some credit card debt. The second most common type of debt was mortgage debt (37%), followed by car payments (32%) and medical debt (22%).

8. Retirees Have Paid Down Their Debt During the Pandemic

9. The Golden Years Don’t Feel so Golden for Many Retirees

The study found that about a quarter of retirees (24%) are stressed about their decision to retire.

Only 2% of retirees say that financial support from their children was a source of retirement income.

11. A Majority of Retirees Depend on Social Security as a Source of Income

The study found that 79% of retirees depend on their Social Security checks. However, it’s not enough to live on for the average retiree.

12. Social Security Covers Less Than Half of the Average Retiree’s Budget

The monthly Social Security payment is an average of $1,555, which is only around 40% of the average retiree’s monthly budget of $3,843. For retirees who heavily rely on Social Security, that’s a serious shortfall.

13. Over Half of Retirees Believe They’ll Outlive Their Savings

The survey found that 51% of retirees believe they’ll outlive their savings, setting up some hard decisions later in life.

After Social Security, retirees cite personal savings (38%) as their most common income source, followed by retirement funds, such as a 401(k) or Roth IRA (35%), an employer-funded pension plan (29%) and investments, such as stocks and real estate (23%).

15. Nearly 1 in 10 Retirees Re-Enter the Workforce

The study found that 7% of retirees work at least part time, and 3% run a small business or consultancy

According to the study, 73% of retirees who return to the workforce do so because they need the money to cover basic living expenses or want more spending money.

One-third of retirees (33%) who return to work do so because they miss the social interaction or want something to do. More than a quarter (27%) don’t need the extra money but enjoy working.

18. Most Retirees Blame Their Former Employers for Their Financial Situation

19. Nearly One-Third of Retirees Didn’t Have an Employer-Sponsored Retirement Plan

Thirty-one percent of retirees say their former employers didn’t offer any kind of pension or 401(k). For those workers, retirement funding consists primarily of personal savings and Social Security.

20. Retirees Didn’t Save Enough to Qualify for Matching Contributions

In a conventional 401(k), employees contribute a set amount directly from their paychecks, and employers may agree to match some of that contribution — usually up to 3–6% of workers’ salaries.

21. Nearly Half of Retirees Have Trouble Paying Bills

22. Medical Bills Are a Financial Burden for Retirees

The second most commonly cited bill that retirees struggle to pay is the medical bill. It’s somewhat surprising, given that most retirees are covered by Medicare. This suggests that many early retirees who haven’t yet qualified for Medicare are racking up medical debt or that Medicare coverage isn’t adequate for those who are insured.

23. Groceries Are a Large Expense for Retirees

Rising food costs have disproportionately impacted retirees, most of whom live on a fixed income. One-third of retirees (33%) struggle to pay for groceries.

24. Many Retirees Are Renting or Paying Off a Mortgage

Retirees don’t always live in a home they’ve paid off. Nearly a quarter of retirees (23%) who say they struggle to pay bills specifically mentioned their mortgage or rent.

25. Two-Thirds of Retirees Have Regrets About Their Savings

The survey found that 67% of retirees regretted not saving more. More than half (52%) said they wish they’d had a better financial education.

26. Many Retirees Regret Waiting Too Long to Start Saving

Nearly half of retirees (45%) say they waited too long to start saving — perhaps as a result of poor financial literacy. Workers who don’t fully grasp the cumulative power of interest and investment growth may not take advantage of saving in those crucial early years.

27. One-Third of Retirees Thought They Invested Too Safely

Interestingly, 33% of retirees wish they’d invested in more high-risk, high-reward investments in their early years. The regret of missed gains outweighs the comfort of banked profits.

28. Financial Literacy Lags in the U.S.

The United States ranks 14th in the world for financial literacy, reinforcing retiree complaints about a lack of financial education.

29. More Than 25% of Retirees Regret Retiring When They Did

Twenty-seven percent of retirees surveyed would have kept working and saving if they had known how much their standard of living would fall in retirement.

31. More Than Half of Retirees Wish They’d Delayed Retirement

More than half of regretful retirees (56%) wish they had kept working and saving, with 40% saying they hadn’t saved enough. Additionally, 28% regret dipping into their retirement fund before they retired.

32. Even Financially Secure Retirees Regret Retiring When They Did

A surprising 40% of retirees say they regret retiring simply because they’re bored.

33. Comfort Is a Concern for Retirees

Twenty-seven percent of retirees were surprised how much their standard of living changed in retirement. More than one-third (36%) regret not having more discretionary income.

34. Retirees Are Cutting Back on Luxuries

The survey found that retirees are spending less on travel (50%) and dining out (49%).

More than a quarter of respondents (27%) spend more on medical bills and health care in retirement.

36. Many Workers Retired Earlier Than Planned

Nearly two-thirds of retirees (64%) who left the workforce during the pandemic say they did so earlier than intended, which may account for some of the financial shortfalls they’re experiencing.

37. The Pandemic Influenced Half of Workers’ Decision To Retire

Nearly half of respondents (48%) probably wouldn’t have retired if not for the pandemic.

38. Health Problems Are the No. 1 Reason Workers Retire

Over half of retirees (53%) cited health problems as the reason they took early retirement. The second most cited reason was because they were laid off. For many early retirees, their decision wasn’t entirely by choice.

39. The Average Retiree Has a Lot of Medical Debt

The average retiree carries $11,114 in medical debt, according to Clever. That number’s likely to grow over the years. Experts say the average retired couple will need $300,000 in savings just to cover health care expenses.

The number of workers retiring because of health concerns decreased by 12% from 2020, suggesting that the pandemic-related retirement spike is already receding.

This article originally appeared on ListWithClever.com and was syndicated by MediaFeed.org.

25 Alternative Investments You Should Know About

Weight Loss Apps: Get Ready for Hot Girl Summer With These 10 Free Options