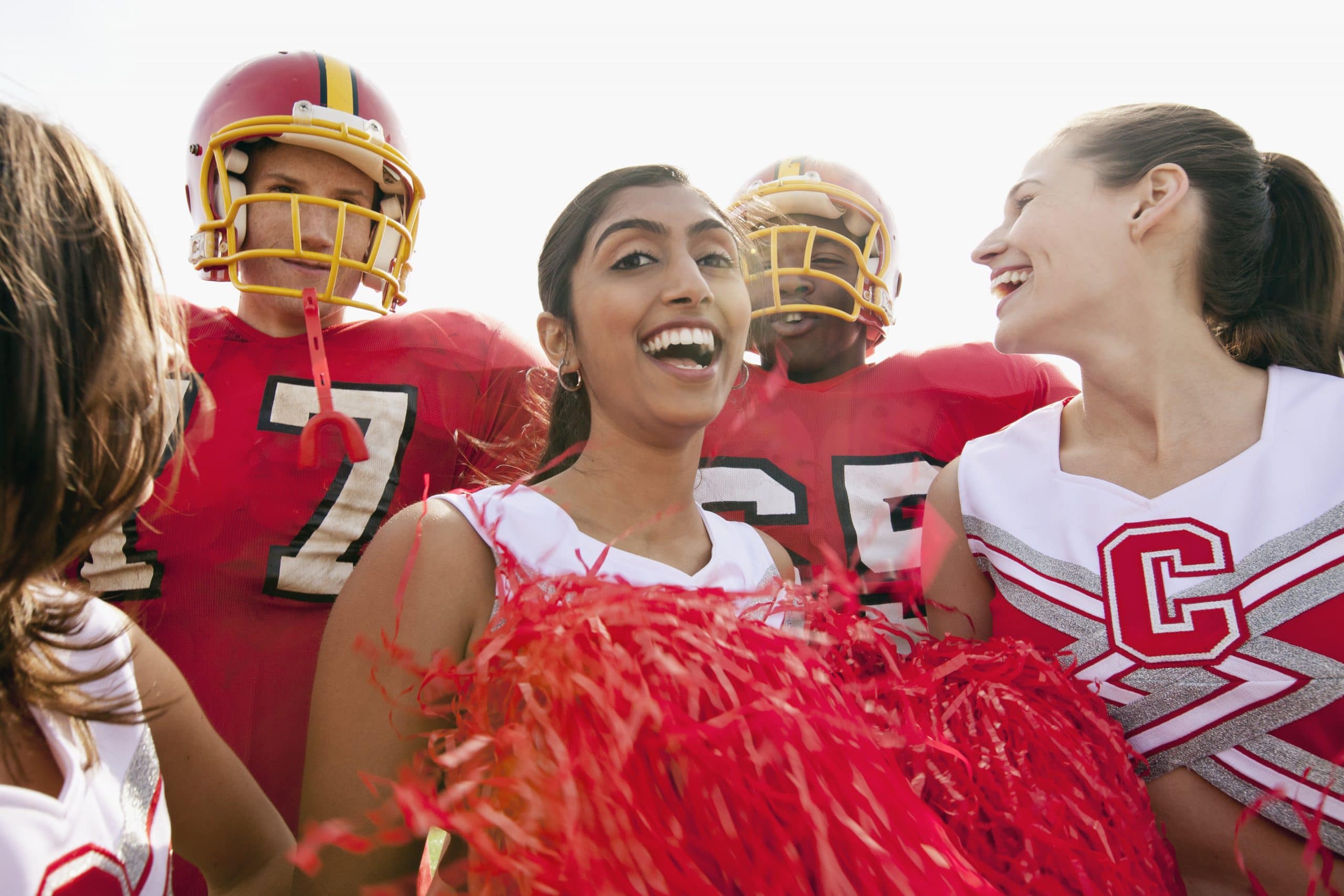 But Don is best known for playing for NFL teams like the New York Jets, Buffalo Bills and Seattle Seahawks. He holds dual degrees in Marketing and Business Administration from the University of Pittsburgh, where he was an Academic All-American.

The Pitt Varsity Letter Club named Don a 2021 Awardee of Distinction, and he was recognized as a Foster Care/Social Services Hero in September 2021 in Fort Lauderdale, Florida.

In the 1990s, football was my life. I was a placekicker for the New York Jets, Seattle Seahawks, and Buffalo Bills. My career highlight was leading the AFC in touchbacks in 1995.

If you don't know what any of that means, let me explain it another way: I played the nation's most popular sport, and I did it very well for a little while. But then it was over because NFL careers average just over three years. I beat that limit, but I couldn't beat time. Time has an undefeated record.

For my second career, I chose a profession I already had some experience with –  personal finance. Throughout the '90s, I saw young men sign contracts for millions of dollars – and for many, those millions evaporated shortly after their careers ended.

My years in the NFL taught me almost as much about staying out of debt as my subsequent career as president of Debt.com. So let's kick off 10 Debt Lessons You Can Learn from Football Players.

The NFL and IOU: 10 Debt Lessons You Can Learn from Football Players

Money will get you out of debt, but it won't keep you out of debt. I saw that up close for years. Give someone $1 million and don't teach them how to budget, save, and invest – and I promise you they'll be down to their last dollar before they retire.

Don't believe me? The National Bureau of Economic Research study shows that nearly 16 percent of retired football players go bankrupt within 12 years of ending their gridiron careers. Meanwhile, CNBC reports, “the typical salary of a football player is $2.7 million.”

So if you think your money woes would just be solved by a cash injection, I don't believe that. If millionaires can go broke without possessing financial knowledge, then you can thrive with that knowledge. Where do you acquire this education? Personal finance websites.  They are free and not at all time-consuming.

2. Budgeting is Your Game Plan

For the past four years, Debt.com has polled Americans about budgeting. Typically, about 6 in 10 adults keep a monthly household budget of income and expenses. During the pandemic, that jumped to nearly 80 percent. But, it should be 100 percent.

You can't save money for a new car or a new home, or a new family if you don't know what life is costing you now. I promise you those NFL players who went bankrupt didn't have a budget. NFL all-star Warren Sapp made $40 million over his 13-year career. He retired in 2008, and he filed for bankruptcy in 2012.

We played in the NFL at the same time, and while I didn't know him, I'm confident I can say this: Warren Sapp didn't stick to a budget.

3. Shorten the Field with Technology

Those who don't budget often tell me they don't have the time. They must be very busy people because keeping a budget these days takes only a few minutes a day. You don't use a pencil and paper. You use your phone or computer.

There are secure online tools that do the boring math for you. Mint is free, while YNAB (You Need A Budget) charges $84 a year but offers more personalization. Many banks and credit unions now provide budgeting tools that make it easy to predict, say, how much you'll save per month if you drink one less Starbucks latte a day or buy fewer lunches during your workweek.

Technology has blown up any excuse you had for not budgeting.

4. Prepare for the Trick Plays of Life

Whenever I tell people they need an emergency fund that can pay their bills for at least three months, they laugh and reply, “Every week, there's an emergency in my life!” That might seem true, but five tragedies can really sack your finances:

Numerous polls show 4 in 10 Americans can't cover a $1,000 emergency. Polls also show those Americans are stressed out about that.

An emergency fund isn't just peace of mind. It can save you money because when disaster strikes and you're not prepared, you often run up your high-interest credit cards – and carry balances for months or even years before you can pay off what you owe.

How do you start an emergency fund? Slowly. Using your monthly budget, you might set aside just $5 a week at first. Then, after a few months of not missing those few dollars, you might add a few more.

If you really want to run up the lead on your emergency fund, ask your boss or your Human Resources Department if they'll help you.

Almost 95 percent of Americans are paid by direct deposit – no more paper checks – and many employers let you split that deposit between checking and saving accounts. Many will let you break it three ways. So you shunt a few bucks every week into an emergency savings account. You won't even remember you're doing it because you'll never see it in your paycheck.

This works especially well when you get a raise. You can divert most or even all of it into your emergency fund, and before you know it, you'll have enough to never worry about recovering from bad news.

What if I told you, “I know how you can make almost $600, and you don't have to do anything. In fact, you only need to stop doing something.” Interested?

All you need to do is stop making late payments on your debts. Late fees and overdraft fees cost Americans an average of $577 a year. That's frustrating because there's an easy and automatic fix: autopay.

Almost every bank and credit card – and even many municipal utilities – offer automatic bill pay. You set the day when you want a bill to be paid, and that amount is automatically deducted from your bank account right then, and not a day sooner. So you'll never pay a late fee again. Best of all, after you set it up, you don't have to do anything.

These days, most people know the importance of their credit score. These three digits, which range from 300 (bad) to 850 (excellent), determine how much interest you pay on your credit cards and whether you even get a mortgage, plus every loan in between.

What most people don't know is that your credit score is based on your credit reports. These are detailed records of everything you've borrowed and paid back (or haven't paid back). Usually, you can scan these reports free once a year, although because of the pandemic, you can do it weekly through April 2022.

Checking these reports is free, and Debt.com shows you how to check your credit report quickly and painlessly. Considering a third of all credit reports in this country contain errors that can result in higher interest rates, you should be highly interested in checking them out for mistakes.

Every NFL player thinks about retirement. Even if you're a rookie all-star, you know you're one injury away from a life without football. So everyone needs to think about how to save for retirement.  Fortunately, the tactics are similar to creating an emergency fund. You can actually do both at the same time by budgeting effectively and using your HR Department – this time to ask about a 401(k).

When I played in the NFL, we had nutritionists, strength coaches, and physical therapists to help us reach peak performance. I learned to trust experts in their field. Now I run a debt-solutions company, and credit counselors surround me. These experts can get you out of debt, and best of all, their detailed and personal debt analysis is free.

You can call a nonprofit credit counseling agency to speak with one of these counselors, but like NFL teams, some of these agencies are better than others. If you want to find the winners, a site like Debt.com can introduce you.

So far, we've been talking about money as a practical matter. Let's end by admitting it has a psychological component. You've heard the terms “shopping therapy” and “keeping up with the Joneses.” That's shorthand for spending money to make yourself feel better and spending money to make other people respect or even envy you.

Decades of research have been done on money as self-medication and as self-glorification. I just want to leave you with this thought: Money is nothing more than a football. It's just an object that helps you perform better.

I kicked a football for nearly a decade. I focused on improving my distance and accuracy. I didn't obsess about the ball. I kicked the ball. The ball didn't kick me.

Don't let your money rule your life. Rule your money.

Before Don Silvestri became president of Debt.com, he spent two decades as a senior executive overseeing marketing, sales, strategic planning, business and product development. His experience included website design, media buying, affiliate marketing, social networking, lead generation, and search engine marketing. But Don is best known for playing for NFL teams like the New York Jets, Buffalo Bills and Seattle Seahawks. He holds dual degrees in Marketing and Business Administration from the University of Pittsburgh, where he was an Academic All-American. The Pitt Varsity Letter Club named Don a 2021 Awardee of Distinction, and he was recognized as a Foster Care/Social Services Hero in September 2021 in Fort Lauderdale, Florida.

15 Good Jobs for Teenagers To Make Some Actual Money

Unearned Income: 9 Types You Need to Know About