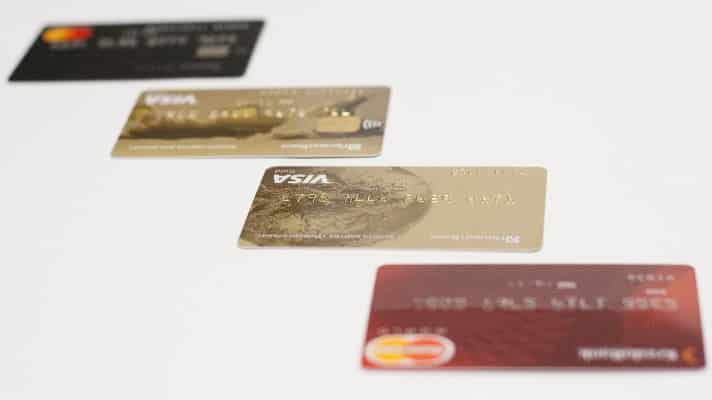 I remember during the remodel of my home a few years ago having to visit the home improvement store several times. Throughout the course of the sixty days of remodeling, I was called on (obviously) to buy various home related products. All my other credit cards to this point had small limits of $500-2000 limits. 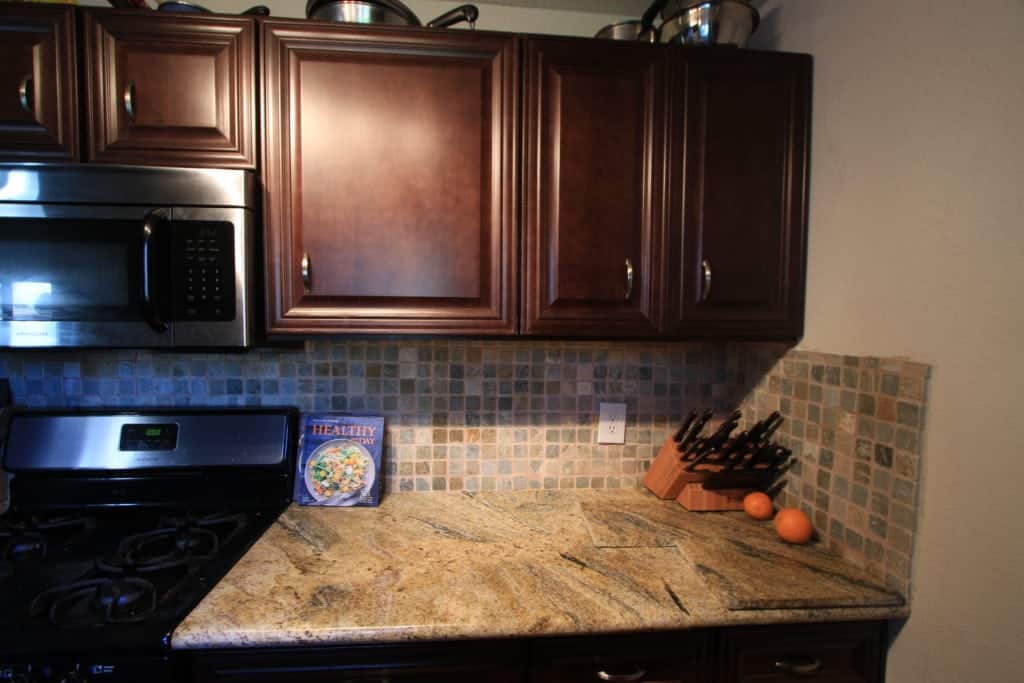 This was never a problem until I was called upon to buy my kitchen cabinets and bathroom vanity all a once. The bill was over nearly five thousand dollars.

After a fifteen second panic on how I was going to pay for this, I remembered an important event. Earlier that week I had received a credit line increase (without my asking) to ten thousand dollars. The day was saved and my cabinets were installed later that day.

Boy did they turn out well.

My first exposure as a child with American Express was a bright green card with my favorite Disney superhero on it: Hercules.  From this point, at age six, I was pretty much hooked. Okay, maybe not. But I did think the 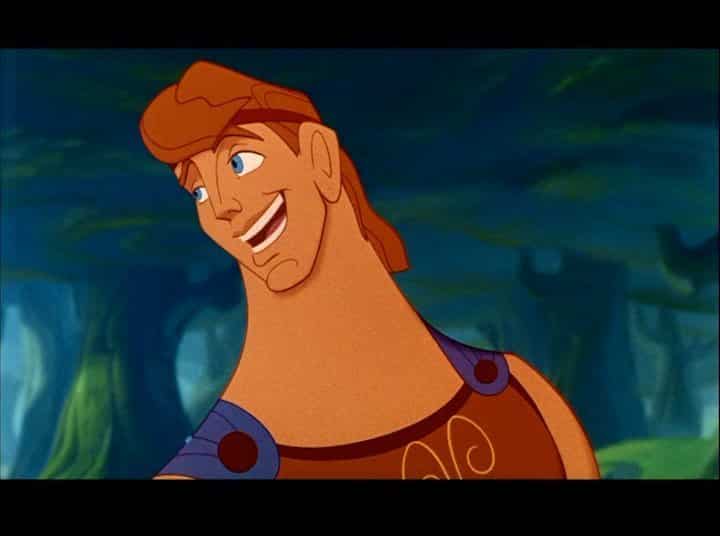 The American Express Blue Cash Everyday card is a rather functional “everyday” card. I have used it nearly daily since 2013. From the cash back categories to the customer service and the extra perks exclusive to American Express this card is a winner. First, we shall dive into the pros.

PROS: WHAT THEY DID RIGHT

I appreciate this rewards structure for one reason: simplicity. The sentiment today in the credit card sphere is having switching categories and then the obligation to sign up each quarter when they (the categories)  switch. Now that is annoying to someone who has literally every bill and service I use on automatic payment. I do not appreciate the trend of rotating categories.

The Blue Cash Everyday card makes it simple and in a very complicated world simple is ideal.  For a list of accepted retailers for the two and three percent cash back click here.

For years American Express was known for being the “charge card kings” meaning they do not allow balances to be carried. Throughout time American Express saw the obvious way of making profit charging an average interest rate of 16%  (as of 02/04/2018). For this reason, American Express began opening up revolving credit cards to capitalize on the market.

The point here is if you HAVE to carry a balance you can with this card you CAN. But my encouragement to you is to always pay off your balance in full each month to avoid the “I” word (interest). 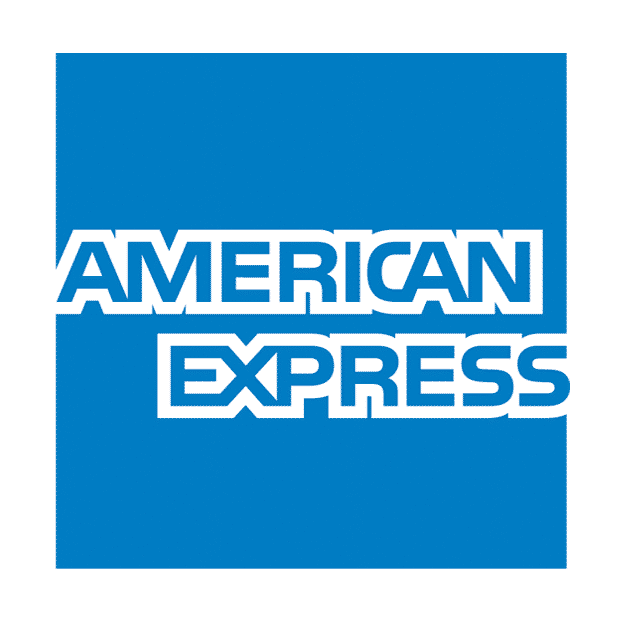 Finally! I have been contemplating adding my younger brother on my account to begin building his credit as a young person with no credit history. I now have a ”Plan B” if he ends up going crazy and wants to charge thousands of dollars. He will not be able to do it. So, if you have employees or loved ones you want to add I encourage you to do so. You will accumulate cash back more quickly and give them (your authorized user) an added boost to their credit history and score.

This is quite a relief seeing how a lot of higher profile cards charge an annual fee. Now, I use the Blue Cash Everyday Preferred card. I do this because it gives 6% cash back on groceries (and 3% on gas stations and select department stores).

If you use the normal Blue Cash card you would only receive $108 with the 3% benefit. So yes, you end up $13 ahead so you will not be setting the world ablaze BUT that’s only if you bought groceries with the card. My thought is this would become more than a grocery store card.

Also if you use my link you will receive $250 back when you spend $1000 in the first three months of having the PREFERRED card. So there’s the annual fee paid for and some extra you can spend on whatever you want! Apply now here.

This was SUPER helpful when I had a charge to my account of some charge that I did not recognize. The ability to file a dispute online is awesome. I have been on the phone with another major credit card company and filing the dispute took almost twenty minutes. Two words: Not cool.

The last dispute I filed with American Express was online while I was in Mexico City D.F. and it took me a total of two minutes while I was watching my Spanish soap opera. How is that for service?

I was unpacking my bags in my Airbnb room in Mexico City when it hit me. I have four pairs of shoes, seven sets of daily clothing and not a single pair of pants. “That sucks,” I thought remembering the five pairs of jeans I left in my house 1500 miles away.

A little later in the day, I found myself in a large shopping mall where everyone was speaking Spanish. I felt so at home and excited to be there. Upon thinking this thought I saw that red logo I enjoy a lot: Levi’s [INSERT LEVI’S LOGO] I was super excited to go to one of my favorite stores AND be speaking my favorite language! As I walked in I was greeted by a pleasant young man of perhaps 18 or 19 years old. I told him what I wanted and in about 30 seconds flat he had three colors and the perfect size. I bought two pairs and was on my way.

After arriving back to my AirBNB I decided to figure out just how much I spent on these jeans. I calculated that I had spent $110 on two pairs of jeans. My hair nearly turned bright red. Wow, I have not, in my life, spent more than about $25 on a pair of jeans thanks to the clearance section. I needed to remedy this (and dye my hair brown again). I planned on returning the jeans and just wearing sweats the rest of my trip just on my personal principle. Yup, no style.

As I arrived the rest of the store is quite uneventful. I asked for a refund and they said they simply do not give refunds. I then asked but why not.

Between the three young people behind the counter, they were unable to give me any answer. So, I was on my way, out the $110 I really did not want to spend and having two more pairs of jeans that I really did NOT need. First world problems, right?

As I was taking my uber back to my room I remembered reading something on the benefits of my credit card. When I arrived I began to read about the return protection on this card.

The short of the matter is return protection refunded my $110 and I was able to keep the jeans since the merchant would not take them back. In the end, I ended up winning even if Levi’s does not have a flexible return policy.

No Need to Update Monthly Bill If Your Card is Compromised

I have around 20 monthly recurring bills, services and memberships that are automatically charged. When I had my card compromised a while back I started to calculate how much time it was going to take to call and add my new card number. I was unhappy about this but what was I to do? My card was compromised.

The American Express agent asked me if I had recurring bills and I flatly said yes. She then informed me I will not need to update it with those merchants as the charges will continue to process as normal. What a relief I felt in that moment. This by itself saved me at least a couple hours of time and a super feature I know does not exist outside of American Express.

This card has far too many perks to list in this review. So you can view the full perks on American Express’ website.

Having nine credit cards I have dealt with (it seems) everything when it comes to customer service experience. From calling to southeast Asia to talking with someone in Texas and everything in between. With American Express I have always had someone who speaks English fluently and is accommodating. I have never felt the inauthentic “I’m so happy, happy, happy everything in life is perfect” vibe I have received from other customer service teams.

The typical time I’m on hold waiting to speak with someone has always been under five minutes. I called probably five times in 2017. The most notable was a $5000 credit line increase that took about fifteen minutes start to finish.

I have yet to have an issue. But if I were to have one in the future I will surely update this part of the post.

You can only redeem your cash back in $25 increments. I had 599.76 cash back rewards I wanted to redeem and was only able to redeem $575 of it. A small and stupid thing that limits the person who only has $10 or $15 to redeem. I was frustrated for a grand total of 6.54 seconds because I redeemed the additional $25 the next month.

This is because American Express charges between 1.5 to twice as much for merchants to accept their cards. This business model is vastly different compared to Visa or Mastercard who want every single merchant and their mother to accept their cards. Although this brings some exclusivity to the coveted “Hercules” card the fact remains you will not be able to use it everywhere you go.

With that being said American Express in recent times (2016-2017) has pushed hard for small businesses to begin accepting their cards. They have created the Shop Small Saturday and give small business some free online marketing tools to help them attract more customers.

In April of 2017, American Express stated that 1 million new places are accepting their cards. (via valuepenguin.com) The trend seems for 2017 and beyond for more places to accept American Express as payment.

According to Askmrcreditcard.com out of 55 people approved 36% of them had a score between 651-700. So if you’re in that range you should be good to go. When applying for American Express cards I have heard they do not want to see other balances. Be sure to pay off your balances BEFORE applying for this card. This is not confirmed but it makes sense with American Express’ history as a charge card company.

I use my Blue Cash Everyday Preferred nearly every day. The Blue Cash Everyday card has been my “go to” card for almost five years based on all the facts listed above. Simple rewards structure, customer service and the added perks like return protection. I recommend this to anyone who desires simplicity while having a reputable company available each and Everyday.

Do you have the Blue Cash Everyday?

What’s your experience with American Express?

Have you found a better card than 6% cash back on groceries?