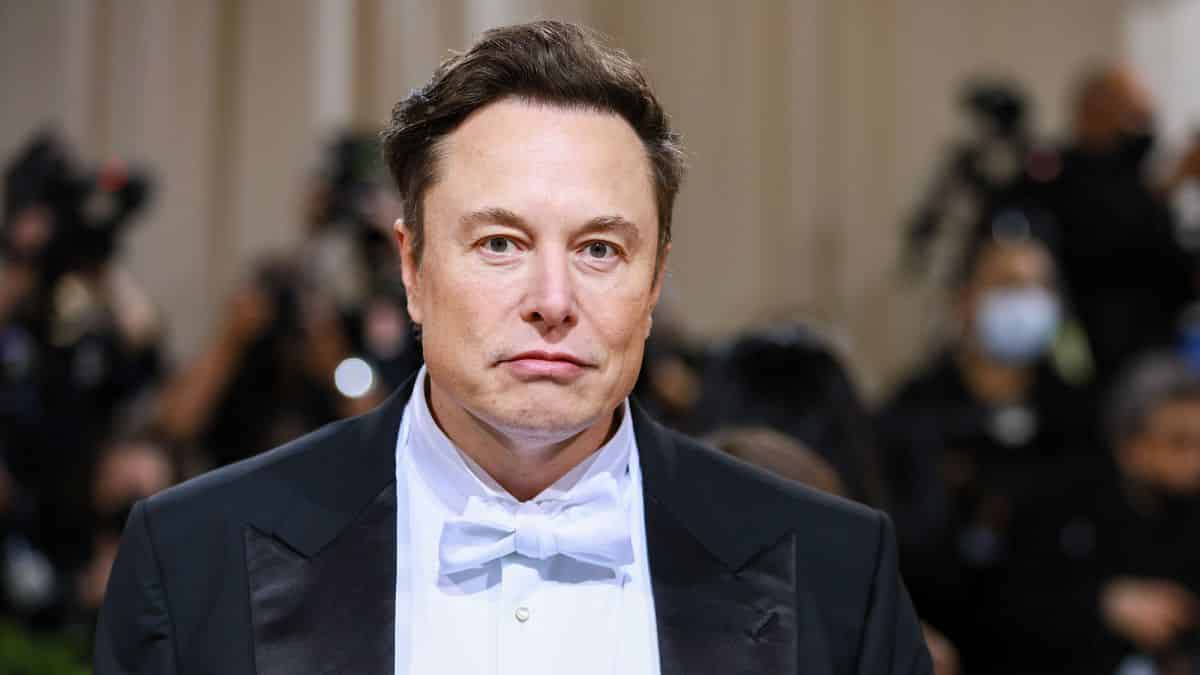 Elon Musk's name is known the world over. He is not only the planet's wealthiest man but also a super successful entrepreneur who has founded a string of hugely profitable companies. So how did Elon Musk make his money, you ask?

As of 2022, Musk became the richest man globally, surpassing all other billionaires.

This article will examine his early life and struggles, career and achievements, personal life, and Elon Musk's net worth. Let's find out what shaped and drove this visionary leader and how he made his fortune.

Without further ado, here's the inspiring story of Elon Musk.

He was born Elon Reeve Musk on June 28, 1971, in Pretoria, Transvaal, South Africa. He is a native South African, and he also holds citizenship in Canada and the United States.

His father, Errol Musk, is a South African electromechanical engineer, pilot, sailor, consultant, and property developer. His mother, Maye Haldeman Musk, is a dietician and model born in Saskatchewan, Canada. Elon has two other younger siblings, a brother, Kimbal (1972), and a sister, Tosca (1974).

Rome wasn't built in a day, and that also goes for the richest person in the world and his fortune. His road to becoming the wealthiest man began in 1989 when he moved to Canada from South Africa to avoid mandatory military service.

He studied at Queen's University in Ontario in 1990. He then moved to the University of Pennsylvania in 1992, supporting himself through college. With over $100k in student debt, he graduated with a double major in physics and economics at Penn's Wharton School of Business.

How did debt-straddled Elon turn his finances around to earn billions? Musk has said his success came from taking risks, and this is where he took his first big one.

After just two days, he said farewell to his Ph.D. physics program at Stanford to chase a unique opportunity to start a business.

At a Glance: Elon Musk's Companies

Let's go into each of them in more detail.

In 1995, Elon, his brother Kimbal and another partner decided to jump into the internet, which was a new and rapidly-growing technology at the time. They borrowed money from their family and angel investors and launched Global Link Information.

Later, the company was rebranded as Zip2. They offered online guides of cities, including maps. It also worked as a directory for newspapers. The New York Times realized its potential and quickly jumped on the bandwagon.

Zip2 grew to be a big hit and eventually caught the attention of the tech giant, Compaq.

In 1999, Zip2 was acquired by Compaq for over $300 million. Suddenly, Elon found himself with a lot of money when his share in the company gave him a payout of $22 million.

At the age of 27, he became a multi-millionaire. That was just the beginning, and he had no intentions of stopping.

His next plan was already in motion: taking approximately $10 million from his $22 million, he started a new company called X.com in 1999. This company focused on online financial services.

Later, a merger between Confinity and X.com gave birth to the payment transfer giant we now know as PayPal.

As with everything in life, there are ups and downs. Elon was voted out as the Chief Executive Officer (CEO) of PayPal when he was on vacation, and eBay acquired PayPay for a massive $1.5 billion.

However, things didn't end for the eccentric visionary there. Since Elon owned shares of the company, he received $180 million, and yet again, he already had something else planned.

In 2002, as founder and CEO, he launched one of his passion projects, SpaceX. According to Forbes, SpaceX gained recognition when it launched its first crewed space flight in May 2020. By October 2021, the company was valued at $100 billion.

Elon's vision for SpaceX was to terraform Mars and make humanity a multi-planetary species. Talk about thinking way outside the box, but that got him to where he is now.

SpaceX made reusable rockets that land vertically. This saved a lot of material and cut down on the cost of retrieving the rocket again and again or bringing in the crashed parts.

The government and NASA now employ SpaceX since its rockets can be used up to 11 times, don't crash land, and are a better and cheaper alternative.

Another project of SpaceX was Starlink. Consisting of a web of low orbit satellites, Starlink aims to provide internet to the entire globe at reasonable rates to connect regions with poor or no service.

Contrary to what many think, Elon Musk wasn't the person who founded Tesla. Martin Eberhard and Marc Tarpenning founded Tesla Motors in 2003.

In 2004, Musk invested $6.4 million in the electric car company. He joined the board of directors and took the seat of chairman.

In 2008, he took the position as the CEO of Tesla, Inc, and that crucial step brought him into the realm of billionaires.

In 2016, the acquisition of SolarCity for $2 billion enabled Tesla, Inc. to expand further and start manufacturing solar power systems and energy storage options which further boosted the company's profits.

In the same year, he also co-founded Neuralink, a neurotechnology company aiming to integrate the human brain with artificial intelligence (AI).

Musk is also the president of the Musk Foundation, established in 2002. Aside from supporting research and development in human space exploration, pediatrics, renewable energy, and “safe artificial intelligence,” this philanthropic organization aims to help the world's disaster areas by providing solar-power energy systems.

In April 2022, after dissolving some of his Tesla, Inc. shares, he tried to buy Twitter for $44 billion. However, his purchase of Twitter seems to be on hold for now.

After becoming the CEO of Tesla, Inc. and SpaceX, Musk wasn't ashamed to show the world his vision for the future. Some poked fun at his far-flung concepts of space travel and AI, but that did not perturb him. His ventures proved to be very profitable. In recent years, the shares of Tesla, Inc. grew from $61 in 2019 to almost $750 currently.

As they did, Elon Musk became the world's richest man, edging out Amazon's Jeff Bezos, Microsoft's Bill Gates, and Meta's Mark Zuckerberg. He has held on to his crown up until now with $273 billion in estimated net worth.

Along the road to his colossal success, Musk has become a very controversial figure.

He has been married and divorced three times, first to Canadian author Justine Wilson (2000) and twice to English actress Talulah Riley (2010/2013). He shares custody of his five sons with his ex-wife Wilson. He was even rumored to have dated actress Amber Heard while she was still married to Johnny Depp.

In 2018, he started dating Claire Elise Boucher, aka Grimes, the Canadian musician. Recently, the couple confirmed they have parted ways. They have a son (2020) named “X Æ A-Xii” and a daughter, Exa Dark Sideræl Musk (2021), nicknamed Y.

His children's very colorful names naturally gave rise to a new wave of memes. But then, everything Musk has done helped him stay in the public eye and kept his fame growing. From smoking pot with Joe Rogan to making 4/20 tweets, Elon Musk sometimes seems like an unpredictable wildcard.

The latest procurement for the business tycoon was Twitter which started with a casual, humorous tweet that most people would ignore for being precisely that – but not when it's Elon Musk.

In all the experiences Elon has undergone over the years, he faced many rough patches on his journey and still came out on top. Take it from someone who has seen so much of the world. His advice is nothing to scoff at because with experience comes wisdom, and he has a lot of it.

Elon's first piece of advice was to “Do things that are useful to your fellow beings, to the world. It's hard to be useful to the world, very hard”. In other words, do something beyond serving yourself, which he has exemplified in his work.

Secondly, “Try to have a positive net contribution to society. That's something to aim for”. This follows the same logic – try to give back something positive to society and everyone will be better for it, including you.

Thirdly, “A lot of the time, the people you want as leaders are the people who don't want to be leaders. Forcing yourself to do anything or be anyone you do not always end up in disappointment. Play to your strengths, and you'll succeed.”

Fourth, “I would encourage people to read a lot of books. Try to ingest as much information as you can and develop good general knowledge, so you at least have a rough lay of the land of the knowledge landscape.”

Finally, communicate with one another. As Musk said: “Talk to people from different walks of life and industries, professions, and skills. Learn as much as possible.”

We can see that bonding and learning as a society and a species means a lot for Musk. Talking to one another opens up new insights and broadens your horizon.

You see people and the world from a refreshing new perspective. You develop respect for everyone around you because we're all humans, and we're all in here together at the end of the day.

How Did Elon Musk Get So Successful?

Elon Musk had a clear vision of what he wanted to achieve and consistently took risks to make it happen. Although such risk-taking may appear reckless, many people forget that all his risks were calculated. He had a goal and a vision for the future, and he worked towards it.

It all started with him being in debt that most people couldn't get out of, but his mental fortitude allowed him to push forward. His companies did not begin well and saw some very rough years, but he turned them around in the end.

What is Elon Musk's Net Worth?

In 2022, his total net worth is reported to be approximately $273 billion, making him the richest man in America.

How Much Money Does Elon Musk Make a Day?

Based on his reported estimated salary of $2.4 billion per year, Elon Musk makes $6.6 million per day.

Conclusion – How Did Elon Musk Make His Money?

Early on, Elon Musk became a self-made multi-millionaire through his shares in Zip2, the first company he founded. After a merger, his second company, X.com, eventually became well-known as PayPal. Tesla, Inc. and its space transportation and electric car ventures grew his wealth further.

May this exploration of Elon Musk's space motivate you in your own journey to success.

Marjolein is the founder of Radical FIRE. She has a finance and economics background with a master’s in Finance. Radical FIRE is a personal finance blog that helps you live your dream life through making more money and investing. We want you to reach your financial goals and have fun while doing it!

23 Digital Nomad Jobs for the Lifestyle You Deserve