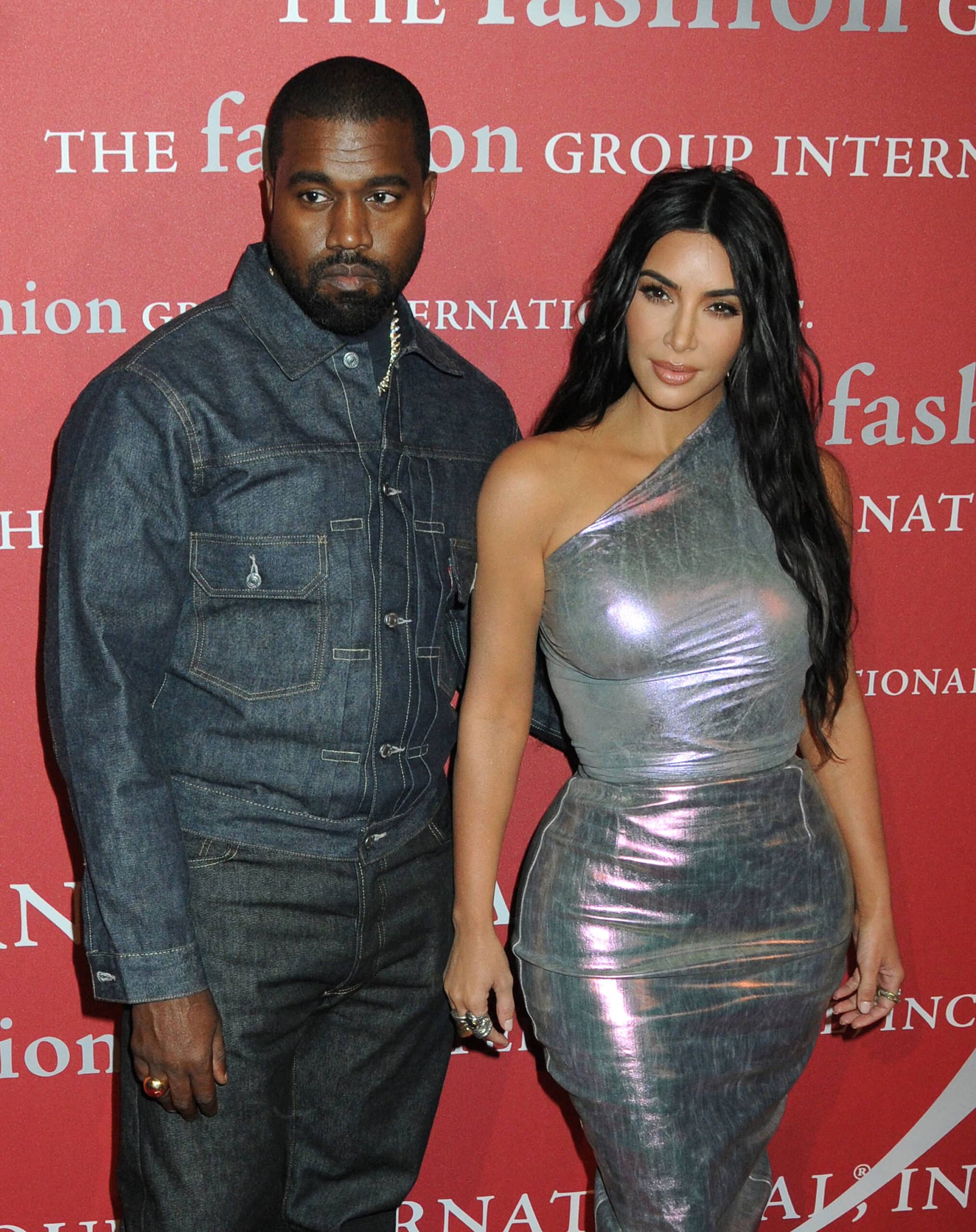 Black people have come a long way since the dark days of slavery and colonialism. You can find them across various industries and business verticals, leading the line and setting the pace for others to follow. It is no surprise, then, that some of them are on the list of the wealthiest people in the world.

These individuals have broken through glass ceilings and braved the odds to achieve being a billionaire. It has taken several years of learning, grit, and discipline to get to this point.

Every year, more black billionaires are joining the club. Who knows? Your name could be on this list soon, but it won't happen overnight. You must prepare and commit to the long haul. With a stroke of luck and aligning with the universe, you may be a billionaire someday.

Okay, enough said! Let's check out the current black billionaires and their net worth.

Richest Black Billionaires in the World 2022

Aliko Dangote is the richest black billionaire, with a net worth of $14 billion (11.5 in 2021). He is the founder of Dangote cement company, where he controls approximately 88% of the shares. Dangote has also amassed wealth from other investments in salt and sugar manufacturing companies.

With the ongoing construction of the Dangote refinery at the Lekki Free Zone near Lagos, the business mogul is expected to increase his net worth in the coming year. The refinery is set to produce 650,000 barrels of oil per day.

Like some of the wealthiest people, Dangote has been married and divorced twice.

Following closely is another Nigerian billionaire, Mike Adenuga, who is worth $7.3 billion (6.1 in 2021). Mike is the founder of Globacom, the second largest telecom company in Nigeria. He is also a shareholder in other companies, including Equitorial Trust Bank, and has interests in oil (Conoil).

Mike Adenuga didn't have the best start to life, having worked as a taxi driver. He eventually went to school and bagged an MBA after his degree program. His introduction to millionaire status was through his lace and soft drinks business.

The 1962 Denver-born Robert Smith is a black billionaire with an estimated $6.7 billion (6 in 2021). After completing his education in two different fields, Chemical Engineering for his degree and Business Administration for his master's, he worked for several businesses. Robert later decided, like most rich entrepreneurs, to start his business.

Fast forward to 2022, and he is on the list of the richest black people, amassing his wealth as chairman and CEO of Vista Equity Partners, which has investment relationships with software companies.

Here's another black billionaire of Nigerian descent with a net worth of $6.9 billion (4.9 in 2021). Abdul is the founder of BAU, a Nigerian conglomerate whose interests have diversified since it began operations in 1988. They started with commodity trading, expanded to construction materials, and began constructing rolling mills. Other interests include real estate, infrastructure, and cement production.

Besides profiting from the massive BAU business, Abdul is also the owner of Nigeria Oil Mills – the largest oil processing company in Nigeria.

David Steward comes in fifth on the list of black billionaires with $5.8 billion (3.7 in 2021). Despite having faced biting poverty and racial segregation at a young age, Steward grew up to become a notable person in society.

He has worked as a salesman (like his father), a production manager, and an accountant. In 1990, he started World Wide Technology, an IT company that has seen continuous success.

Patrice is also the current serving president of the Confederation of African Football CAF since March of 2012. Patrice Motsepe is worth $3.3 billion (2.9 in 2021).

Oprah Winfrey is a phenomenal, groundbreaking, and successful person. As a black woman who grew up in extreme poverty, molested and lost a baby at a young age, she has come a long way. Despite the odds against Oprah, she has become an epitome of courage and determination, showing other young black women what's possible.

Oprah Winfrey has a net worth of $2.6 billion (2.7 in 2021). She's had an illustrious career that reflects on her asset base, from working at a grocery store to winning the Miss Tennessee pageant, becoming the first black news anchor, and hosting the famous Oprah Winfrey Show. She is the chairwoman and CEO of Harpo Productions and Oprah Winfrey Network.

Alexander Karp is one of the richest black billionaires in the world. He has a net worth of $1.1 billion (2.1 in 2021). Alex inherited a sizeable amount of money from his father and invested in startups and stocks. He is most notable for his role as co-founder and CEO of Palantir Technologies, an IT company specializing in big data.

Alex's Caucasian appearance makes him seem white through and through, but his mother is black American.

Kanye West is one of three musicians on this black billionaire list. Kanye's net worth has grown significantly thanks to his record-breaking music sales (over 160 million) and his largely successful foray into fashion.

Rhianna is one of the 236 newcomers to the global billionaire circle, according to Forbes (2022). She is famous for her music, acting, fashion designing, and business tilts.

Her cosmetics brand, Fenty Beauty, is notable for launching her into the billionaire club, owing to its massive success. With a launch in 8 African countries imminent, there is no doubt that the brand's market share will increase in the coming year.

Rhianna is officially the wealthiest female musician in the world and the second richest female entertainer behind Oprah Winfrey. She has a net worth of $1.7 billion. With her businesses and career blossoming, it's safe to say she would be one of the richest black billionaires for a long time.

There are reasons he's touted as the best basketball player of all time. He won 6 NBA championships and 14 MVP awards, was selected for 14 all-star games, and was inducted into the hall of fame. Michael Jordan made it into the richest black billionaires club with a net worth of $1.7 billion (1.6 in 2021).

Michael still has his sponsorship deals with Gatorade, Hanes, and Upper Deck, who have stuck with him for 19 years since he retired in 2003. He also makes bank from his widely acclaimed shoe lines (26 signature pairs) and his majority share ownership of the Charlotte Hornets NBA franchise.

Strive Masiyiwa's wealth has grown by 900 million in one year. The Zimbabwean telecom businessman is worth $2.4 billion (1.5 in 2021). Strive launched Econet Wireless Zimbabwe in 1998 amidst government opposition, and the company has grown massively since then.

Strive Masiyiwa has vested interests and stakes in Africa's fintech and power distribution companies; he also has investments in mobile phone networks in other countries. He has a foundation called Higherlife Foundation, which supports orphaned and poor children in Africa.

Jay-Z has made his mark in music and is undoubtedly one of the biggest names in hip-hop and rap culture. In 2019, the artist's diverse business portfolio earned him a place on the richest black billionaires list and one of the richest people in the world.

Jay-Z has a net worth of $1.4 billion (same in 2021). He has earned his fortune from music, investments in clothing, liquor, and a stake in the basketball team, Brooklyn Nets.

The last person on the list is Tyler Perry. He is worth $1 billion. Tyler Perry wears many hearts in the entertainment industry; he is an actor, director, producer, and screenwriter. Tyler Perry is also an astute businessman and owns Tyler Perry Studios in Atlanta.

Every billionaire on this list worked hard to get here, and their achievements always point back to the amount of work they put in year after year. But it's not only about hard work; it's also about commitment and patience to keep pushing and not giving up. These billionaires face business, family, and career problems, but they don't let those things hold them back.

Also, billionaires are always learning; they never feel they know it all or have done it all. They read books, go for courses, and have a team of people who give advice and help them.

Being a billionaire is no easy feat, but it is not impossible. You can be on this list someday; anybody can.

15 American Beach Towns You Can Actually Afford to Live In